Both hacking teams, iPhone Dev Team and Chronic Dev Team has finally done their job. The release of untethered iOS 5.1.1 jailbreak  is imminent. Just like the previous jailbreak tool, this one will also be released in three forms: 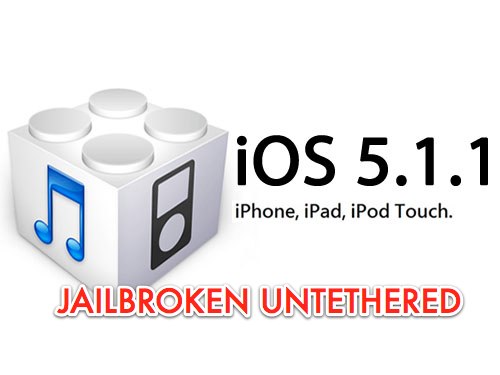 Redsn0w jailbreak is one of the most popular and old tools. This tool has the ability to handle any kind of exploits. Both the Windows and Mac versions of Redsn0w are available. This time iPhone Dev Team will also release the both versions for untethered iOS 5.1.1 jailbreak. This tool is maintained by iPhone Dev Team.

Absinthe is relatively new tool which is maintained by Chronic Dev Team. The first version of this tool was released in the beginning of year 2012 to jailbreak iOS 5.0.1. Apart from Windows an Mac version, its linux version is also released.

The main difference among these tools is that Redsn0w provides you some extra features like preservation of baseband, saving/restoring SHSH etc while the other two tools only jailbreak the device.

MuscleNerd has also posted a quick note sheet about the upcoming jailbreak tools:

* All info below is tentative and subject to last minute refinements
* @pod2g’s 5.1.1 jailbreak+untether is working out great.  All devices are covered except for AppleTV3,1, which currently has no path for jailbreaking.
– the initial 5.1.1 plan used a kernel exploit from @westbaer which unfortunately precluded use in iPod3,1 and iPhone2,1
– @planetbeing stepped up and provided a kernel exploit that covers both of those.  Those two JBers are the bomb!
* The 5.1.1 A5 JB is very similar to the A5 5.0.1 JB.  @pimskeks has done a tremendous job supporting both 5.0.1 and 5.1.1 in absinthe
* Similar to 5.0.1, there will also be a 5.1.1 CLI “cinject” binary and redsn0w version of the 5.1.1 JB+untether.  Absinthe, cinject, and redsn0w will all provide the same JB in different fashions.
– timing is indeterminate.  Plans are for this week, but a number of factors can influence that.
* For those wishing to donate, we’ve set up a new 5.1.1 paypal URL:  paypal
* Please don’t pirate AppStore apps (seriously, please do not).

If you appreciate the hard work done by these teams then it’s our duty to support them both morally and monetarily. You can donate then by following the paypal link provided above.