Few hours ago we saw a minor update for iPhone 5S and iPhone 5C users in the for iOS 7.0.5. The main purpose was to fix the issues and bugs which the users on China Mobile were facing. There is no new feature or any type of enhancement in it. So, you should stay on iOS 7.0.4 if you want to keep the existing jailbreak. In case you are security conscious, you can install the latest update but there is no official evasi0n 7 jailbreak yet. 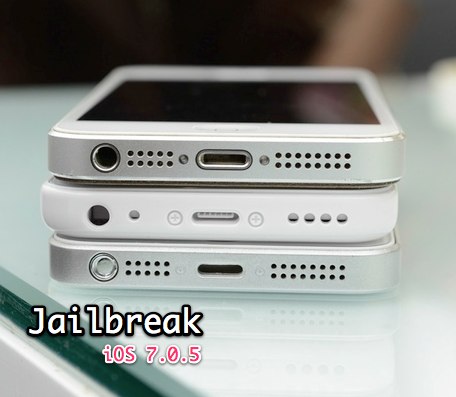 Stefan Esser, a popular and renowned iOS security researchers, who is also known as i0nic, confirms that iOS 7.0.5 is still jailbreakable.

Of course the #evasi0n7 binary requires a patch to accept 7.0.5 – but once you do that it works fine.

He also posted the screenshot of his jailbroken iPhone 5S running Cydia. 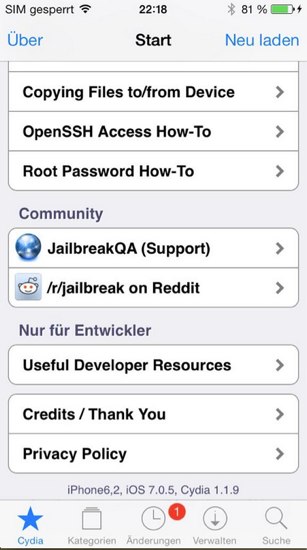 In fact evasi0n 7 iOS 7.0.5 requires a small patch to accept the new update and after it is done you can use it to jailbreak your device.

As we told you the official jailbreak is yet to be released but there are many unofficial version floating around the web. We don’t recommend these unofficial and modified evasi0n tools but if you want to try then, you can do so at your own risk. Neither we at Shoutpedia nor evad3rs team will be responsible for any damage, though the chances are minute.

The jailbreak process is same as we have been doing using the official builds. 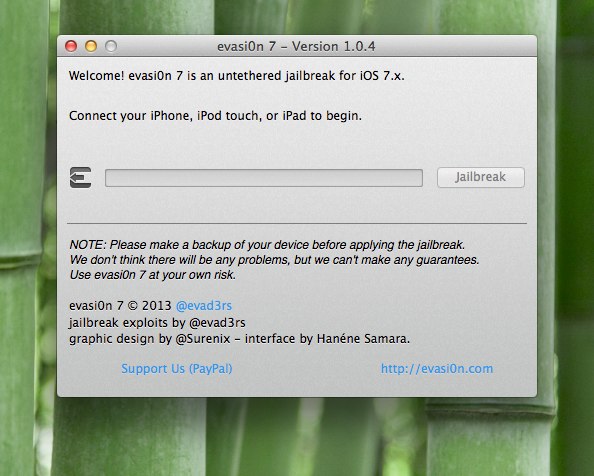 Download the evasi0n 7 iOS 7.0.5 compatible file for your Windows or Mac computer. If the file is in zipped format, unzip it first. Now run evasi0n and follow the onscreen instructions. As usual back up your device with iTunes before you go for jailbreaking.

Update: Apple has released iOS 7.0.6 for all devices which is also jailbroken using an unofficial build of evasi0n7.