Download iOS 7.1 beta 4 if you want to know what’s coming in the next version. But there is a catch, as usual, and that is only registered developers can get the download  links. All other users will have to wait until Apple releases the public and final version of iOS 7.1. 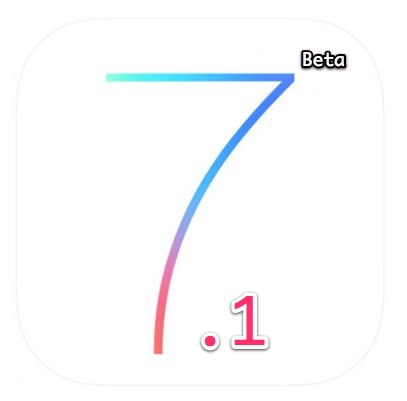 Almost every year Apple releases a major version of iOS (7) and later they release the minor iterations mainly to fix the bugs in that version and bring more improvements and UI enhancements. First they release the betas for the registered developers so that if there is any crucial bug or security loop hole, they could fix it up before they push it out for general masses. 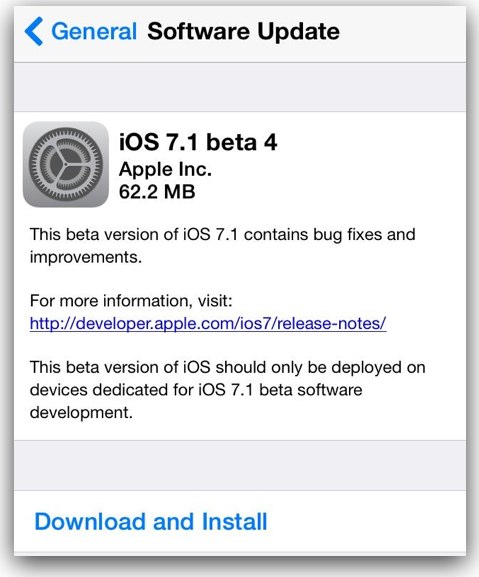 iOS 7.1 beta 4 also brings few minor changes to improve the users experience. The full changelog is yet not available but what we know is as follows:

1) The shift key issue on virtual keyboard is now resolved which was present in previous iOS 7.1 beta 3 release. When this key was ON, it was actually OFF and vice versa.

2) There is a slight change in Photos icon. However some iOS versions, like for iPhone 5, the users are reporting it is not seen.

3) A minor change on phone dialer app can also be seen. The Add to Contact option is now replaced with a plus sign at the top. Here is the screenshot. 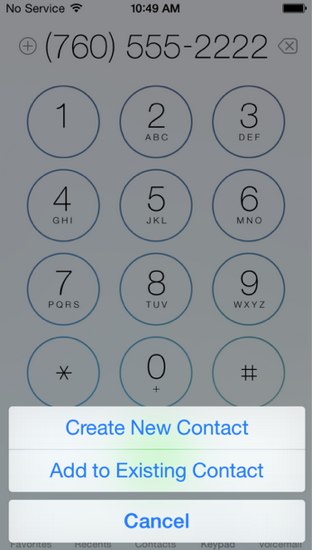 4) Slide to Unlock animation is also changed. The working area for it is also a little wider now. 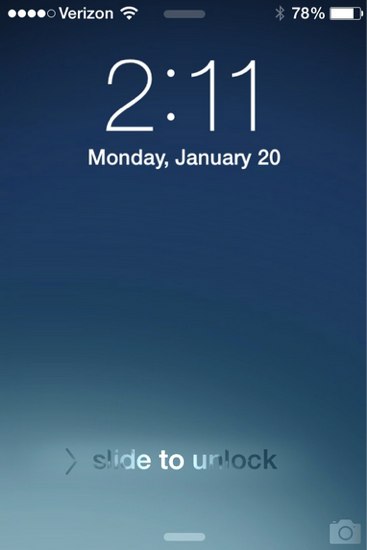 5) Most importantly, from jailbreak perspectives, the evasi0n exploits are still working as noted by iH8sn0w. However, there are high chances that Apple would patch these exploits before the final release.

Here are the direct download links for iOS 7.1 beta 4, but these are now active if you are already logged into Apple’s developer program.

iDB notes there is a new voice gender for Siri UK on iPad in beta 4.

Some users are reporting that they experience more bounce while scrolling in the messaging app after installing iOS 7.1 beta 4.