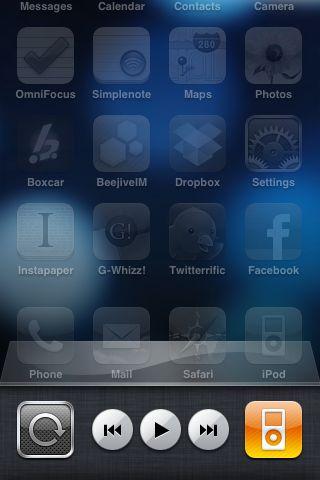 The standard play/pause and Next – Previous button are present but volume slider is absent in  iOS 4. It is so because new iDevices include the hardware volume control buttons.

To the right of Playback controls you will see an iPod icon if no music is playing at that moment but it will be replaced with any other application icon that is playing music in background like Pandora or Safari when steaming music in the browser. 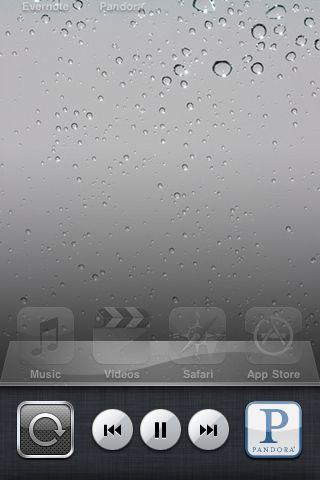 To the left of playback controls an orientation lock is present. It is used to lock the screen in portrait view. When the screen is locked, you see a lock icon in the status bar. 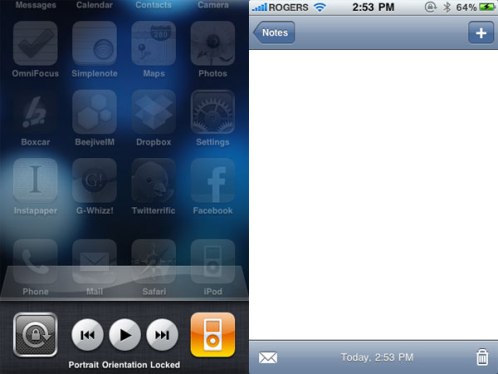 The older non-multitasking devices still display the pop-up playback controls as before  i.e., iPhone 3G and iPod Touch 2G, but you can jailbreak your device using Redsn0w to enable the multitasking in these devices.