Twitter has been waiting for the iOS 5 launch as eagerly as a great Apple fan could, which is scheduled in the month of October. It was recently heard that Twitter would be meeting on 10th and 12th of October to discuss the integration of Twitter into iOS 5. Now, the news from many other blogs and site is that Twitter is really integrated into the iOS 5. 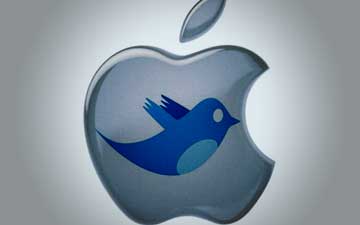 If in iOS 5 Twitter is integrated (which will be done), this will give Twitter an extra amount of traffic on its site. As with this integration, the users can directly tweet and share their pics through the iOS. And as a result, a large number of tweets would be added to Twitter’s already over 230 million tweets per day. So the micro-blogging social network has already started on preparing itself for the big launch.

Michael Abbot, an engineering VP of Twitter said that,

iOS is not something we have to brace for.

During the last nine months, there’s been more infrastructure changes at Twitter than there had been in the previous five years at the company. So that whether it be the death of bin Laden, or someone announces a pregnancy, we can handle those issues and you’re not seeing a fail whale.

I anticipate a lot of growth because [Twitter] is going to be on every iOS device. And certainly there’s a good number of those out there in the world. It’s going to result in more tweets.

So, Twitter is also anticipating the iOS 5 release, and are quite looking forward to it, as this will give Twitter an extra large amount of traffic due to almost 41% of mobile users of the US alone, planning to switch to the upcoming iPhone 5.

Keep logged on and we will keep you updated.