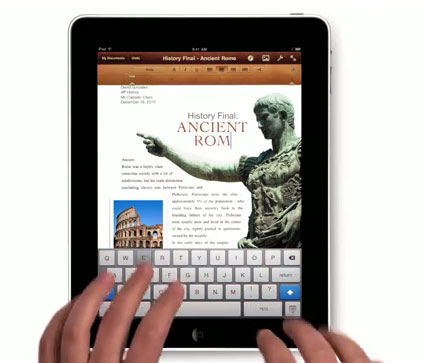 Nearly two months after the last iPad ad, Apple releases a new TV Commercial showing how versatile the device is.

With more than 60,000 apps, the iPad is … for students, teachers, for news, books and Hollywood. iPad is iconic. Watch the video after the break:

But where is iPad 2 ad? Shouldn’t Apple release an ad about its upcoming iPad 2.0 at this point to beat more than 100 tablets announced at CES 2011? What do you think?