Apple released iOS 4.2 beta 2 for developers yesterday morning with new features like redefined animation for iPad multitasking and YouTube upload option, but a mysterious feature is discovered by 9t05mac tha will enable your iPad to tether.

This new internet tethering option was found on iPad 3G after updating to iOS 4.2 beta 2 on European Wireless Carrier and it doesn’t appear on AT&T devices yet. 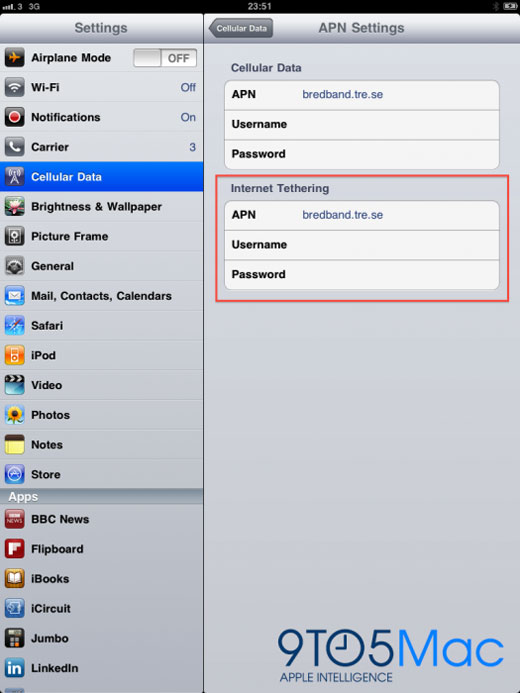 Till now it seems that Apple will not introduce tethering feature globally and it will be region specific, as Apple launched iPhone 4 in Qatar and Dubai without FaceTime.

For those who don’t know, Internet Tethering option might allow you to tether your iPad 3G’s internet connection to another devices such as a laptop, so you will be able to share your iPad 3G connection with your laptop via USB cable.