iOS 4.2 jailbreak on iPad has been confirmed by iH8sn0w but currently on beta version because iOS 4.2 public version is not available yet and will be released in November.

You can see the screenshot of iPad as a proof in which the device is rooted using the Mobile Terminal App, a clear indication of jailbreak. 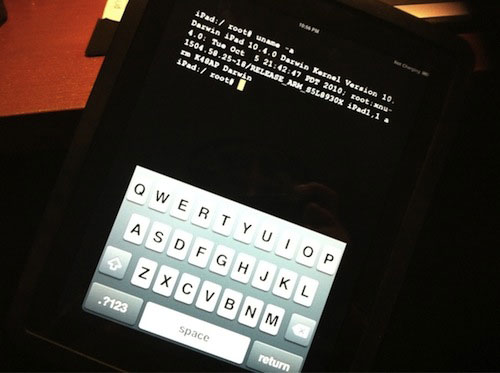 As iH8snow is a well-known hacker who develops iPhone jailbreak tools including the popular Snowbreeze to cook the custom firmware for idevices, so there is no doubt in these screenshots.

iOS 4.2 is still in beta stage and Apple might patch the hole in final version but the chances are very less because iPad 4.2 is rooted using Limera1n exploit (most probably) which is a boot level exploit and un-patchable with firmware update. 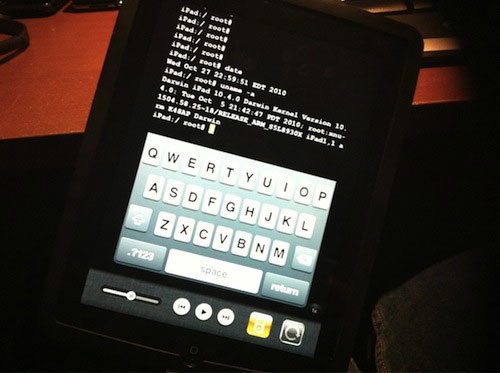 It is still unclear whether iH8snow will release a new tool for iPad on iOS 4.2 or he will incorporate this new capability in his existing Snowbreeze. Stay tuned to this blog for more information.