MuscleNerd, who is a very famous member of iPhone dev Team and who maintains the popular jailbreaking tool ‘Redsn0w’, posted a screenshot of iPad mini showing the successful root access into iPad mini. The tweets clearly indicates that he employed the method of @Chpwn to jailbreak iPad Mini. Here is the exact screenshot: 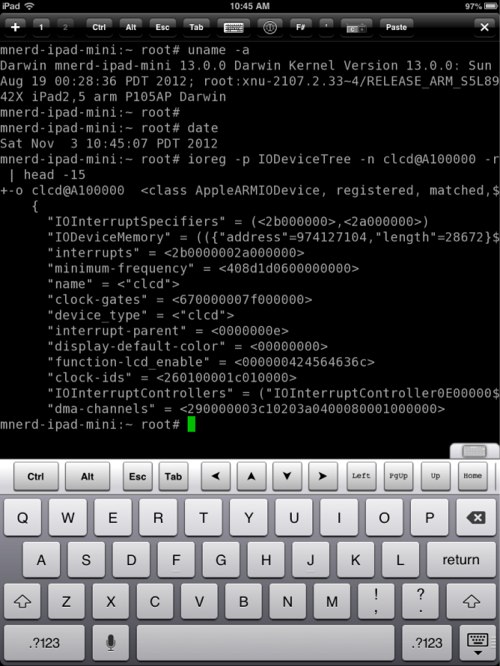 MuscleNerd called this jailbreak “failbreak” due to two reasons. First of all it is tethered jailbreak and above all it requires developer account with Apple. The involvement of developer account means that you can not release it for general users. To release for a common user, they’ll have to find new exploits or work on the existing ones so that the final jailbreaking product doesn’t require Dev Account or any other legally protected material.

In fact no one knows when a public iPad mini jailbreak will be released, but iPhone deve team and other members of jailbreak community are working hard to find a legal way to jailbreak the device. Whenever we get new updates about iPhone 5 and iPad min jailbreak, we will publish here. So stay tuned to Shoutpedia to get the latest updates. You can also follow us on Twitter, Facebook and Google+.