So, you are going to buy the new iPhone 12 but don’t know what the battery time each version will provide you. Here we have got all the information for you.

The actual battery time depends on a lot of factors like:

Due to these reasons, Apple doesn’t state the exact amperage of the batteries installed in their devices. But they do mention the playback time of both audio and video of each version according to their tests.

Apple has finally revealed the much-expected iPhone 12 models in its special event, which was streamed live, without an audience due to ongoing Coronavirus disease. In the event, the major focus was, of course, on iPhone and its speed. The company introduced 4 models of12 series. 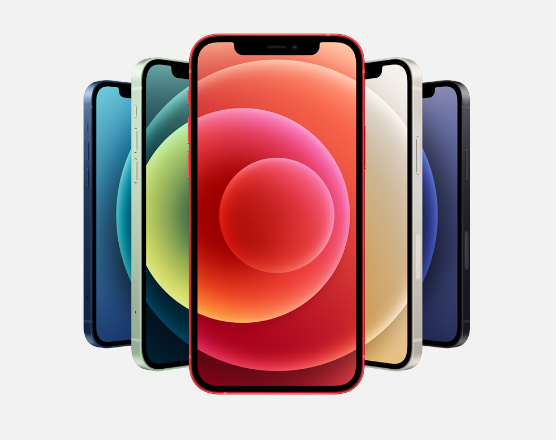 Depending on the size and features, the four new models revealed by Apple include:

The first two models are loaded with the same features but the mini version is smaller than the regular iPhone 12 model. Similarly, the Pro series has got the same specifications except for the size difference. However, iPhone 12 regular and iPhone 12 Pro are of the same size but packed with slightly different features.

Due to the difference in size and the display area, each model is powered by a different size battery. 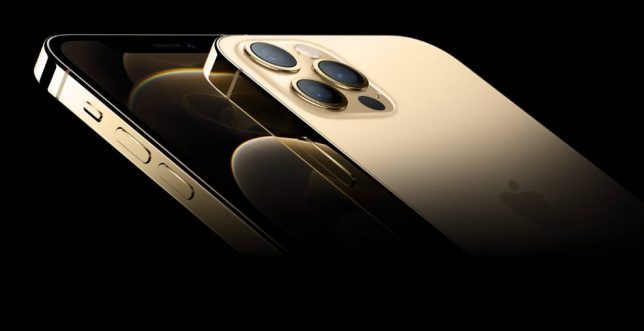 As we all know that Apple doesn’t reveal the exact size and amperage of the batteries installed in their idevices, so it is difficult to tell the exact capacity. Until someone removes the back of the iPhone 12 case and extracts out the battery, we are totally dependent on the official information provided by Apple.

Due to size and display difference, it doesn’t mean that iPhone 12 regular and iPhone 12 mini both models will give you the same playback time. One might think that a small size mobile should outperform the mobile having a larger display when comparing both in terms of battery time from one charge to another. However, Apple doesn’t follow this rule. In fact, due to the small size of the iPhone 12 mini, there is not enough room to install a bigger size battery.

Here is what the official specs sheet tells us about the difference between iPhone 12 and iPhone 12 Mini battery time. 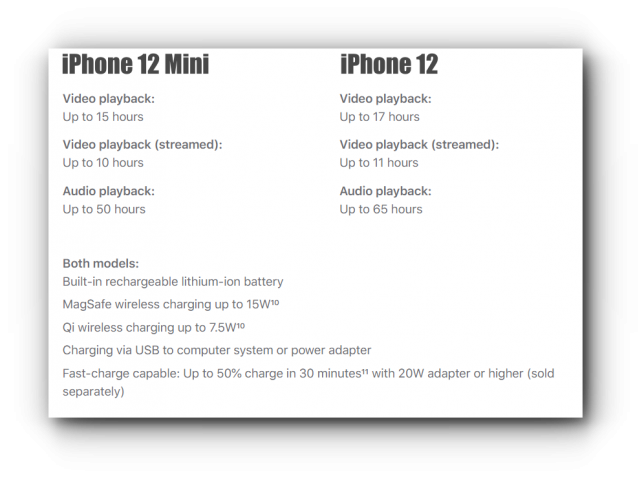 There is also a difference between iPhone 12 Pro and Pro max battery time on both audio and video playback. The Max version really beats all the versions. However, iPhone 12 Pro and iPhone 12 regular models are powered with the same amperage battery. The reason might be that these two models are the same in size, hence the same space is available in each version to fit the same size battery. 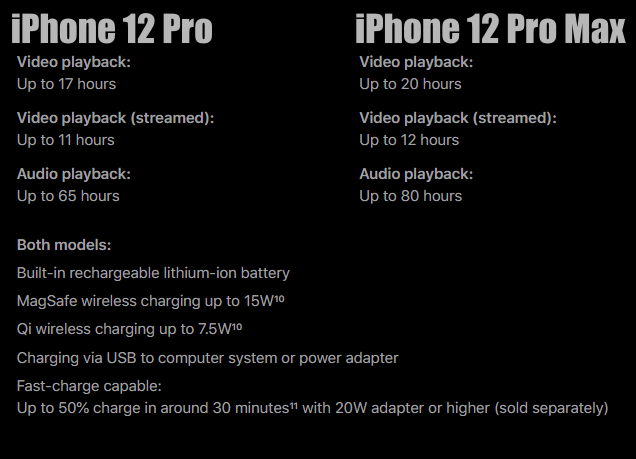 It is to be noted that all the four variants of the iPhone 12 support the fast charging. They complete the 50% charging within 30 minutes using a 20W power adapter.