This comparison between iPhone 4 and Nexus S covers mainly technical specifications/hardware of both devices. As far as operating system/software is concerned, iPhone 4 runs on iOS 4+ while Google Nexus S will be shipped with Android 3.0. 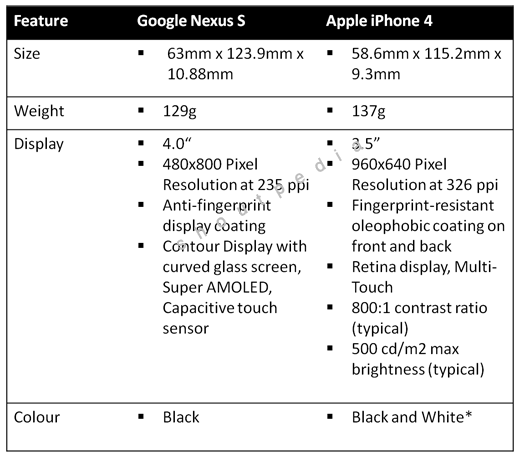 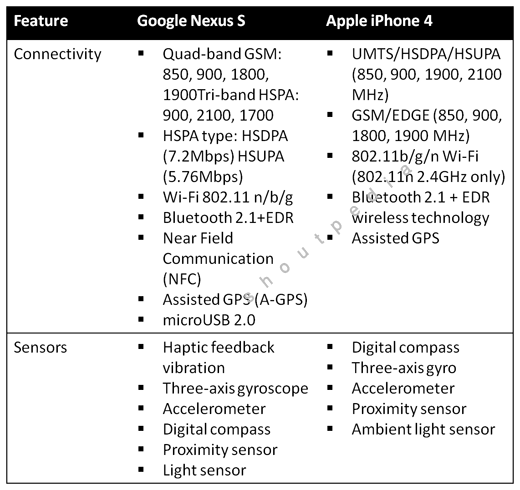 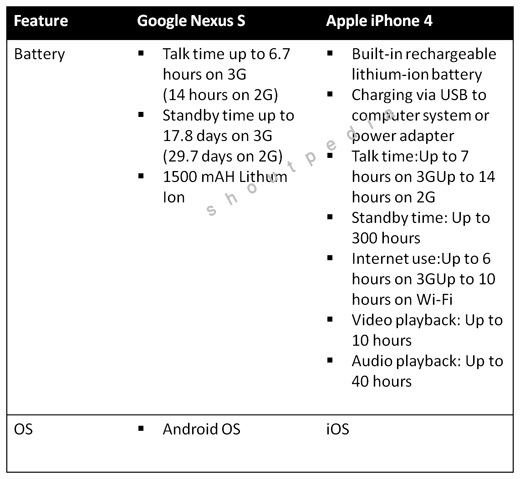