Yet another piece of information has come to light regarding the elusive details of the iPhone 5. Frankly, it’s gets a little difficult to make head and toe with all the reports that come out and contradict each other. But that is what the rumor mill is all about. One day you get excited about the possibility of a spanking new feature and the next day, BAM! It’s no more.  So let me spare you of my random musings and come to the point of the latest report that has been made aware courtesy Digitimes. 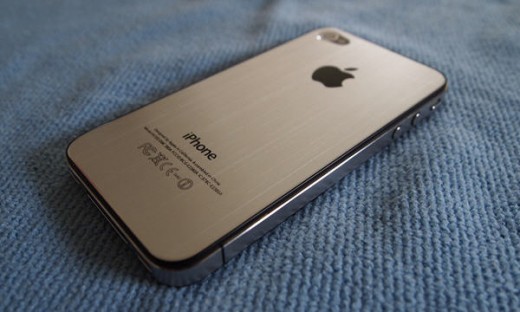 iPhone 5 has been garnering a lot of hype, more and more so as its announcement draws near, sometime in the coming weeks of September , as it is presumed. Some of the previously rumored specs were a larger 4.2 inch edge-to-edge screen, faster A5 dual core processor, design changes that would make it even slimmer and gorgeous.  But some sources suggested that the iPhone 5 would not undergo a radical design change but would just be beefed up with more number crunching power under the hood and a few upgrades. Add to the equation the rumors of the possibility of a cheaper version termed as iPhone 4S, you’ll have a hard time figuring out which direction Apple is really headed towards.

According to digitimes, some sources from the upstream panel suppliers have suggested that the iPhone 5 would in fact incorporate a smaller screen than previously assumed, along with a thinner bezel, to make the screen look bigger. Reinforced glass back could make way for a metal back.

The sources pointed out that the upcoming iPhone will not have many differences compared to iPhone 4 in terms of components and the panel will still be less than 4-inch.

The iPhone 5 will adopt a 3.5- to 3.7-inch panel with a design to allow the bezel of the panel to become thinner and make the screen look larger.

Contradictions or not, all we really care about is to get this baby in our hands as quickly as possible. And with the departure of Steve jobs, the success of the iPhone 5 would also be a measure if Apple is indeed bigger than Steve Jobs. Meanwhile enjoy the Fake video of iPhone 5 doing rounds on the internet.