Finally, all the rumors and speculations about the next generation iPhone meet their real reality and that is iPhone 7. Apple’s CEO Tim Cook has just announced the new iPhone 7 and iPhone 7 Plus models.

Though the internal components are updated a lot but the exterior design of iPhone 7 and iPhone 7 Plus is quite similar to its predecessors iPhone 6 and 6 Plus.

While comparing the two models, the apparent distinguishing feature is the size. But there are also some new features in iPhone 7 Plus which are not included in the smaller version.

Here are the key features introduced in these models.

The one major change in these models is New Home Button. The old physical button is now replaced with an advanced solid-state button which is responsive and pressure sensitive. It is further equipped with the underlying Taptic Engine which gives you precise feedback as you press it.

The camera of iPhone is also upgraded with the following new features:

While comparing the iPhone 7 camera with iPhone 7 Plus, there are a lot of differences.

iPhone 7 Plus has got two cameras at the rear end. One is just like iPhone 7 to capture the wide photos, while the other is telephoto which is used to zoom the picture. The telephoto lens gives up to 2x optical zoom which can be further enhanced up to 10x digital zoom. 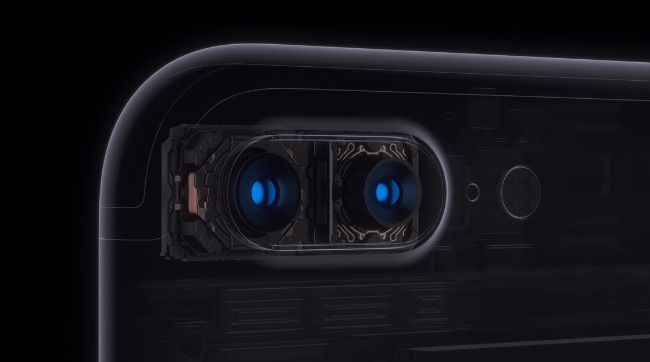 Portrait shooting with depth bokeh effect will also be available exclusively to iPhone 7 Plus only. This effect is performed through the use of these two cameras at the same time but it is activated through a software update. Apple has promised that the depth effect will be enabled as a free upgrade in the next iOS 10 release in October.

The processing unit of these models is equipped with A10 chip which is faster and more efficient that the previous models.

For the first time, iPhone comes with stereo speakers, giving you two times louder output than the previous model.

The classical EarPods are replaced with the new AirPods. There is no traditional headphone jack in these models. The lightning port will also serve as audio input and output. For this purpose, a free dongle to connect the old EarPods with the lightning port is included in the box.

Besides the gold, silver, and rose gold colors, new black and jet black models are also available for pre-order.

Both models come in the same capacity range. Both are available in 32GB, 128GB and 256GB storage options. 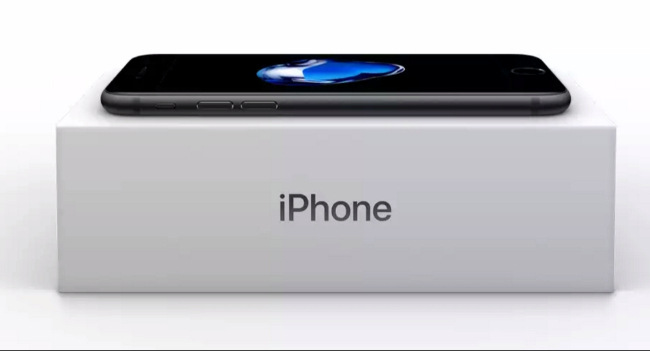 The pre-orders for new iPhone models will be accepted from Friday, September 9. Whereas, they will be shipped from September 16. The same day they will be available in the stores.

PS: Except the size, resolution, dual camera, and depth effect, all the other features are same in both iPhone 7 and iPhone 7 Plus.