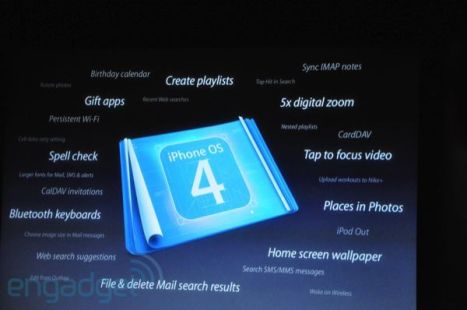 Finally Apple has unveiled the features of upcoming iPhone OS 4.0; and multitasking, which is the most demanded feature, is also included in the list.

More than 100 new features have been announced for users and more than 1500 APIs for developers. One hundred features are those which will come in the actual OS 4.0 and developers can explore a lot of new areas by using those 1500 APIs

Important features announced at the event are:

This new OS 4.o will be released this summer for iPhone and iPod touch users, most probably at WWDC event.

No Multitasking for iPod 2nd generation and iPhone 3G:

iPhone 3G and iPod 2nd generation users will be able to update to this latest firmware but they will not be able to use multitasking feature.