Apple has introduced a new nano called iPod Nano seventh generation. It is totally redesigned gadget from top to bottom. It contains a large screen with new homescreen containing big icons. iPod Nano 7th generation has also got two big button for volume up/down and a centered button to play and pause the song. It’s 38% thinner than the last nano. 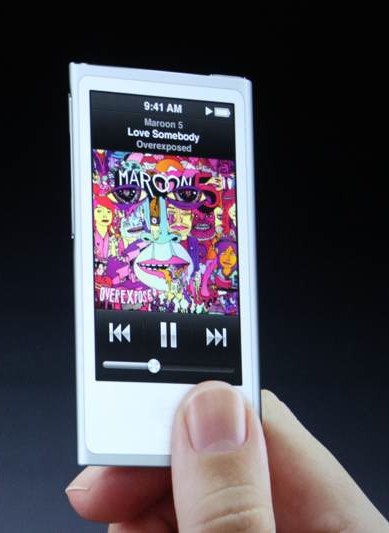 2.5 inche display is indeed a multitouch display. It features FM radion with DVR functionality – meaning pausing and rewinding anything is possible. It also equipped with bluetooth technology, so the wireless streaming of music content is also possible.

And, no shocker, it has the Lightning connector, which plugs in to the left side of the bottom. It can play the music for 30 hours continuously. 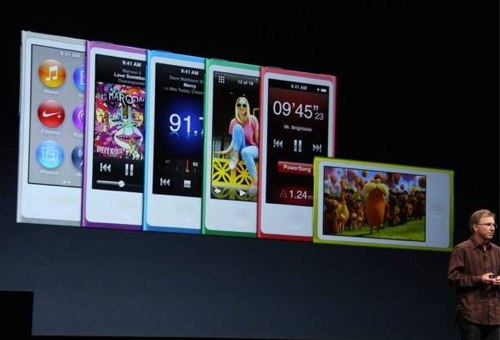 Oh, did I mention it’s to come in 7 colours.