After the release of iPhone 4 we can expect what we will be having in the next generation iPod Touch. According to a leading retailer in UK the iPod touch (will it be named iPod 4?) will have the support for facetime Wi-Fi video chat. It will be equipped with 5MP at back and a front facing camera. 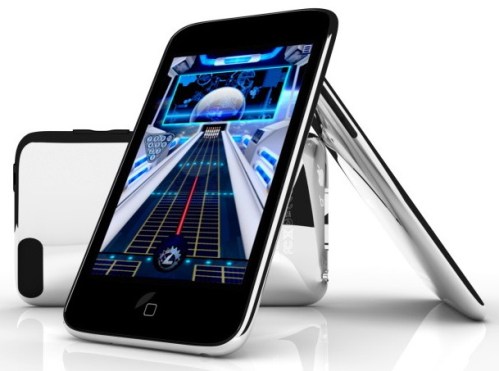 Moreover it will be able to shoot HD videos (most probably 720p) with LED-flashed camera.

Running on the newly released iOS 4 the next generation iPod Touch will have the same senor movements as in iPhone 4.  And we already have information that gyroscope will be available in the upcoming iPad and iPod versions.

If all these leaked specs are correct, it indicates iPod 4 will be powered by the A4 processor.

Though we have no official release date of this new idevice, but it will be, most probably, released in September.