Another video is uploaded on youtube showing the front part of iPod Touch 4th Generation which clearly shows a hole for camera (most probably for face time ). This video is released by SmartPhoneMedic which is a reliable source because the same website posted a video showing the case of rumoured iPhone 4. 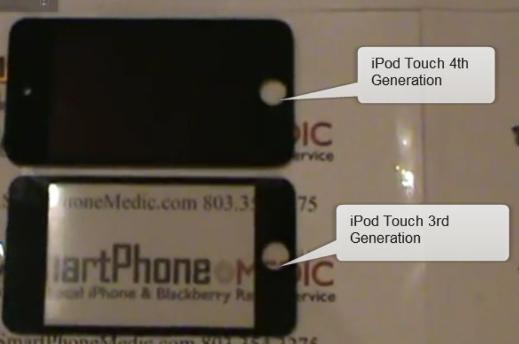 Though we will know everything about iPod Touch 4th Gen in a week but at this time this video provides a little comparison between iPod Touch 4 Gen and iPod Touch 3 Gen front face.

Most notably, the assembly parts for what is claimed to be the iPod touch 4th-generation seem much bigger in comparison to the other two models, with the front facing panel containing a hole above the screen perfect enough to fit a that front-facing camera (and possibly FaceTime) most iPod touch users have been craving for

View all of Mari Fa's posts.