Whenever you try to restore your iDevice to custom iOS 4.2.1 firmware using iTunes, you end up with errors like Error 1604, 1600, 1601 etc. To bypass such errors, the iPhone Developer iH8sn0w has released an updated version of iREB which is now compatible with all iOS 4.2.1 devices.

The main function of iREB  is to put your device into Pwned DFU mode so that you can restore to custom iOS 4.2.1 firmware cooked with Snowbreeze or PwnageTool.

The functioning process of iREB is very simple.

Launch iREB and select your device. 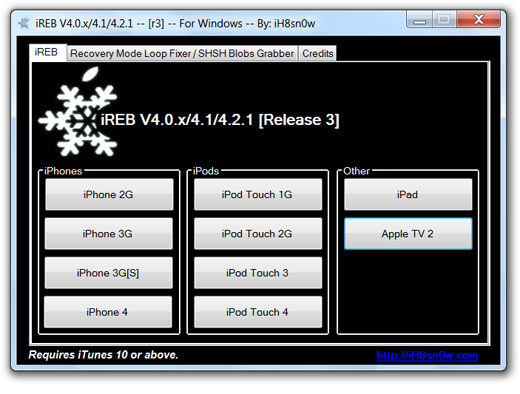 A DFU Helper mode will help you put your device into pwned DFU state. Simply follow the on-screen instructions and let iREB work. 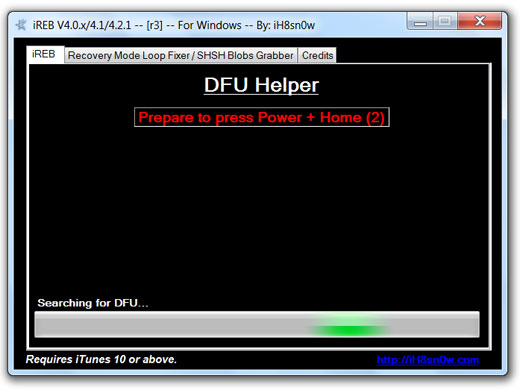 After your device is in DFU state, launch iTunes and restore to custom iOS firmware without receiving any errors.