If you are active on web or even know the Apple company or even live in America, you must know about the legend of gadget technology Steve Jobs. Steve Jobs, who brought the Apple to this stage, who brought the technology from PCs to hand computers, iPad. The one who brought the iOS and made the iPhone which is used by over 50% population of the US. He was mostly admired because of his ability of impressive presentation of products.

This legendary man resigned from his job last month due to health reasons. This, though not a surprise as he was suffering from a pancreatic cancer, was absolutely shocking for the Apple fans, or more accurately the whole technology world. 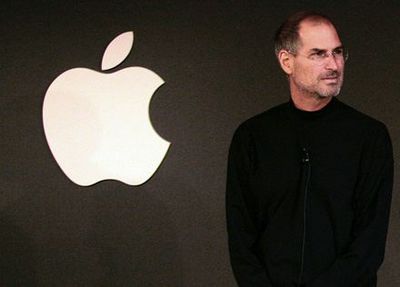 Though, he was remembered by many other important people, but have you noticed any response from Apple? Any address from the Board of Apple, or from the new CEO Tim Cook? Though he did named Jobs as the one who made and nurtured this company in his letter. Take a look at his lines about Jobs

Steve has been an incredible leader and mentor to me, as well as to the entire executive team and our amazing employees. We are really looking forward to Steve’s ongoing guidance and inspiration as our Chairman.

I want you to be confident that Apple is not going to change. I cherish and celebrate Apple’s unique principles and values. Steve built a company and culture that is unlike any other in the world and we are going to stay true to that—it is in our DNA.

But, only this little? Nearly 40 years of services to Apple and barely 4 lines of thanks! Even if you do count this praise as justifiable, what about the rest of the Apple company? Where is the board? No thanks, not even a single speech from the board of Apple. And now Apple is making further steps to remove him from the web and media. Nobody has considered giving a thought to Steve Jobs, when the rumors of the iPhone 5 or the iPad 3 are circulating around. Apple is carrying out a carefully planned strategy to get Jobs clean from the minds of the people. Let me say, though I might be wrong, Apple staged all this drama of lost iPhone 5 just to divert the attention from diseased Steve Jobs.

Do you think that this type of response to a man, who served or more accurately created and guided the Apple company through 40 hard years and brought it to the stage of the most popular company of the world, from the board and the whole Apple company is justifiable?