iTunes 11’s release was scheduled in October but it has been delayed a month due to some issues regarding to its redesign parts. Now Wall Street Journal reports that iTunes 11 is to be available for download tomorrow.

This week, Mr. Cue faces a test of how well Apple can keep up in online services with the launch of a new desktop version of iTunes, which is expected as soon as Thursday.

The new iTunes has been delayed a month by engineering issues that required parts to be rebuilt, according to people who have seen it.

The delay comes at a challenging time for Apple. ITunes was a pioneer in digital media, and its share of the paid music download business stood at 64% in the second quarter.

Apple gave us a preview of upcoming iTunes during the launch of iPhone 5. At the event Eddy Cue, SVP of Internet Software and Services showed off some of prominent features of iTunes 11. If you couldn’t follow the updates at that time, here is a recap of the features. 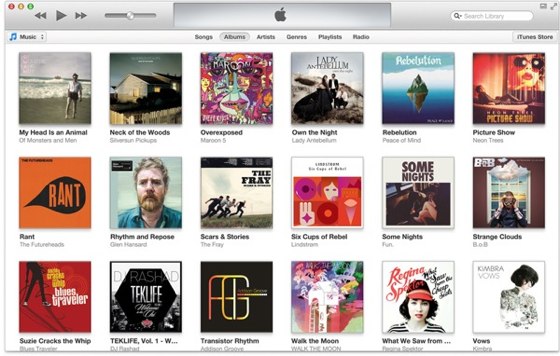 The UI is revamped to bring iOS-like feature in it to reduce the number of clicks and loading time. Many elements are designed to load the content inline instead of in new page. The albums are presented like iOS folders. When you click on any album, it reveals the containing tracks inline. The search option is also rebuilt to provide the inline search results.

iTunes 11 brings a new and revamped mini player. The main purpose of this new player is to occupy very less space while still providing all the essential controls. It also contais the new search option to find the tracks without leaving this Mini Player.

The UI of Up Next option reminds us Mac OS X’s Notification Centre though its role is entirely different. It lets us see the upcoming songs and reorder them. 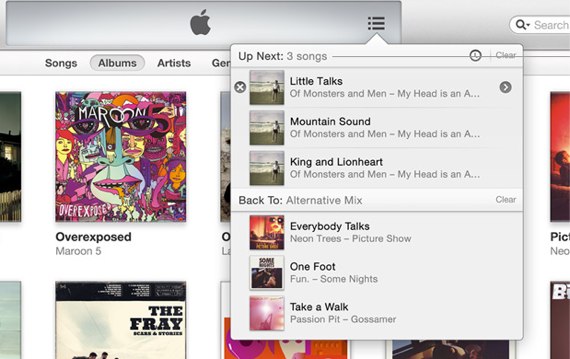 After iOS App Store and iTunes Store, iTunes Store present in iTunes is also redesigned to give a similar look across the devices.

iCloud integration is further deepened. Now it synchronises the movie position across the devices. For example when you pause a movie on your iOS device, it will save the position and push it to your Mac and PC iTunes as well.