Jailbreak iOS 6 Beta 2: Early this morning Apple released the second beta of iOS 6 to developers. The release was pushed out quietly. First a OTA update was rolled and later the complete package was made available on Apple’s iOS Dev portal.

As you all know that beta releases of iOS, including iOS 6 beta 2, are covered by NDA, so we won’t recommend the users who don’t have iOS Dev Account to install this beta on their devices. However, if you are a developer-account holder and also Cydia Apps developer, you can play with dangers by jailbreaking iOS 6 beta 2 on your iPhone 4 (GSM & CDMA), iPod Touch 4G and iPhone 3GS devices.

How to Jailbreak iOS 6 Beta 2:

Step 3: Open Redsn0w, go to Extras -> Select iPSW and browse to iOS 6 beta 1. Make it sure you pointed Redsn0w to beta 1 at this stage. 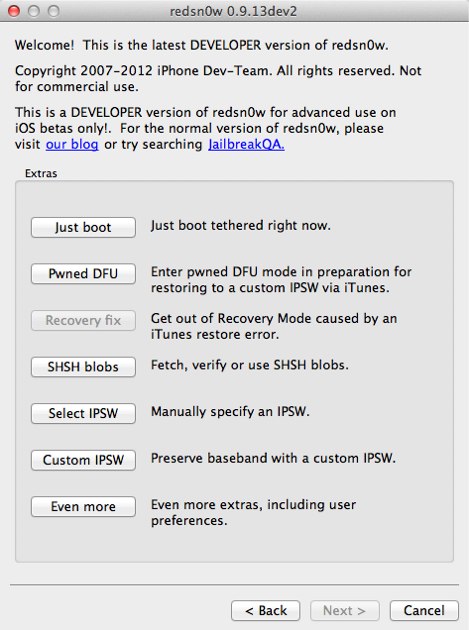 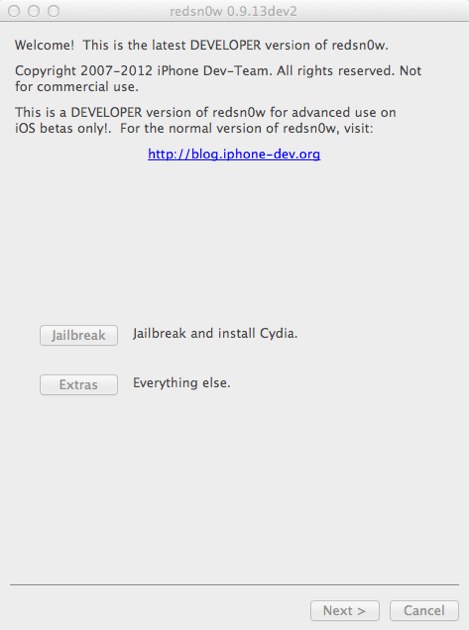 Step 5: Put your device into DFU mode and let Redn0w jailbreak your device.

After your device is jailbroken and it restarts, go to Extras -> Just Boot to boot the device successfully because this jailbreak is tethered at the moment.

How to Install Cydia After Jailbreak iOS 6 beta 2:

After you have jailbroken iOS 6 Beta 2, SSH into your iPhone using Coda (for Mac) or Putty (Windows). There are also other such tools available on internet and you can use any tool but make it sure your device and your PC are on the same WiFi network.

Step 1: Use the username “root” and password “alpine” to SSH into your device.

Step 3: Once your iPhone resprings, you will see Cydia icon on the home screen of your iPhone.

Update: Want to know how to jailbreak iOS 6 final on iPhone?? Read here to find how the latest Redsn0w 0.9.15 b2 does the job.