Earlier today when Apple released iOS 6.1.2, the first thought was whether they had fixed the evasi0n exploit. Fortunately the newest update was not to fix it but to bring some other patches like Exchange bug etc.

So evad3rs team analyzed and tested their tool on all the devices running on iOS 6.1.2 after making some modifications and this is the final product in the form of evasi0n version 1.4.

Here is the step by step guide to get the untethered iOS 6.1.2 jailbreak on iPhone 5, iPhone 4S, iPhone 3GS and other A5 / A4 powered devices.

Step 1: First of all perform a back-up of your device using the latest version of iTunes. Remove the backup password and passcode if there is any.

Step 2: Now download iOS 6.1.2. and install it on your smartphone. We recommend fresh stock restore so that you don’t get any error during the process.

Note: Evasi0n gets an update. The new version Evasion 1.5 fixes many bugs.

Step 4: Press the jailbreak button after connecting your device with the PC using a data cable.

Step 5: Sit back and let evasion do its work on the device. 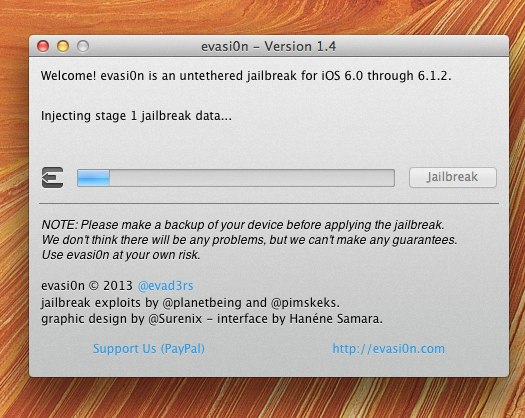 After injecting the necessary jailbreak data and Cydia on your device, it will ask you to tap the newly created “Jailbreak” icon on the homescreen.

Step 6: Now relax again and the remaining process will continue on the device. After the completion, your device will reboot and the rest of the procedure is performed on the device. 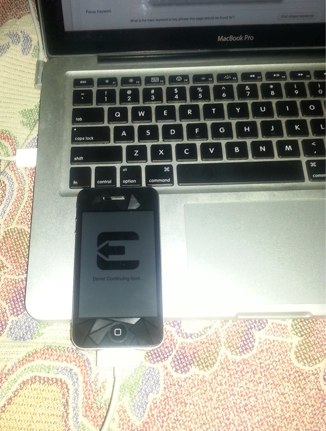 Step 7:  After this part completes, your device is fully untethered jailbroken running on the latest iOS firmware. Now launch Cydia and start installing your favorite tweaks and applications.