Few hours ago Apple released a new version iOS 7.0.6 for iPhone, iPod and iPad devices which contains few security bug fixes related to SSL certification. Fortunately the evasi0n7 exploits are still present in it and we can use the jailbreak tool on it too. This news is not confirmed by any official member of evad3rs team but an unofficial build of evasi0n7 tells the whole story. 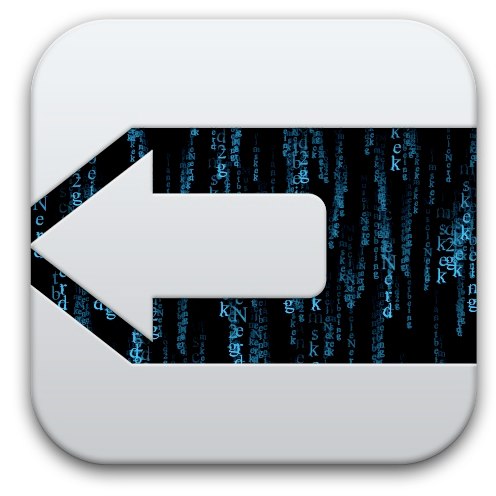 In fact a popular Italian iPhone site has released the unofficial build of evasi0n7, after making few necessary modifications which can jailbreak iOS 7.0.6 on any compatible device. The overall process is same as we use in the case of official version. The changes are made internally at the code level.

Here is how you can jailbreak iOS 7.0.6 untethered:

Step 1: First of all backup your device and install the fresh stock firmware. We don’t recommend the OTA update of iOS 7.0.6 as it may cause problems.

Step 3: Now connect your device with PC and click on “Jailbreak”. 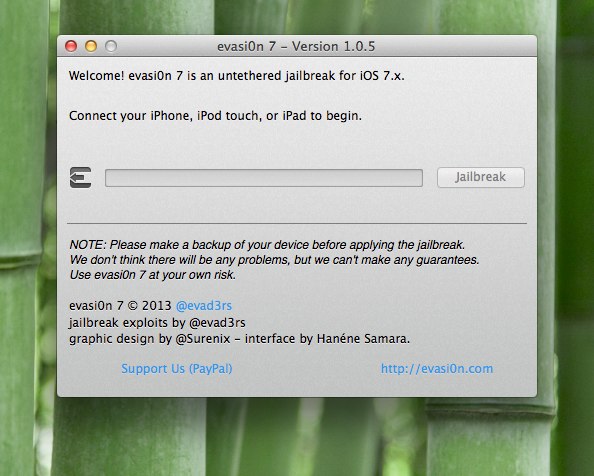 Step 4: Follow the on-screen instructions which will ask you to tap on Evai0n icon and unlock the device after reboot. It is important to mention that you should remove the passcode if you have set before applying evasi0n7. 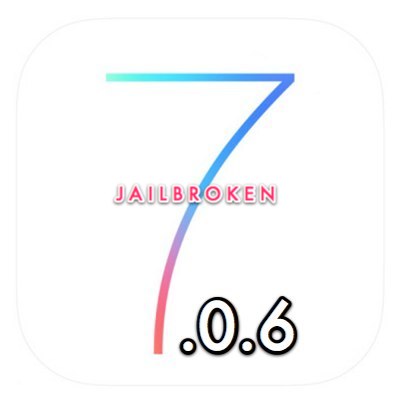 Step 6: As you device is now jailbroken you can now restore the back up.

As this is unofficial release so we won’t be responsible for any type of damage. We’d recommend you to wait a little more time until we get the official version from evad3r’s team. But if you can’t wait till that, you can go ahead. We have used it on one of our device and it works fine.