As we all know Chinese team has finally released a new tool to jailbreak iOS 8.1, iOS 8.0.1/8.0.2 and iOS 8 on all compatible devices including the recent models like iPhone 6, iPhone 6 Plus and iPad Air 2 etc. The initial build of the tool is little bit buggy right now but if you can’t wait for a stable version, get it now, run it and remove the restrictions imposed by Apple on your phone.

If you are new to jailbreak community, it is better to inform you that this jailbreak procedure doesn’t cause any serious issue to your device. However, you may face some problems during the process which are easy to fix, though rarely unfixable issues may be erupted. You can restore to iOS 8.1 any time using iTunes and the iPSW file in case you encounter any unbearable issue. Jailbreaking your device may void your warranty, hence proceed at your own risk. 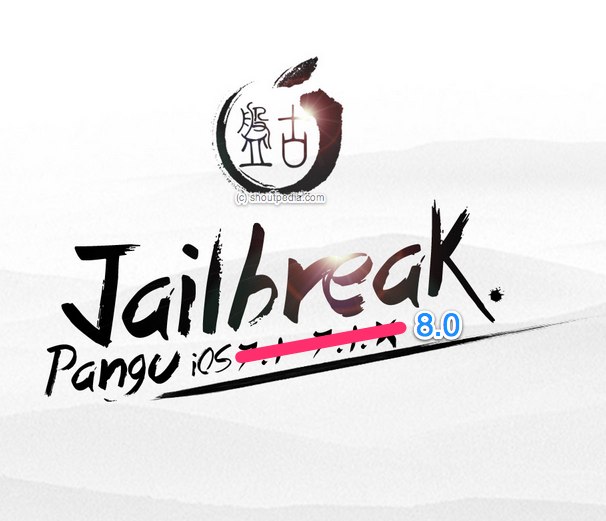 (1) Always save a backup of your device on PC using iTunes before running any third-party application on it. You may lose your precious content during the course.

(2) As we told above the jailbreak tool, which is Pangu 1.0.1.exe, is currently in early stages and is available for Windows users only. The team is working to release the Mac version too. If you don’t have access to Windows PC, you can try one of these workarounds to run Pangu on Mac.

(3) Make it sure you have the latest version of iTunes installed on your PC.

(4) Cydia is currently not included in this version of Pangu. So, you’ll have to install Cydia manually.

(5) Disable Passcode lock, Find my iPhone and TouchID before running Pangu on iOS 8.1.

(6) It is recommended to have a fresh restore of iOS 8.1 on your device before proceeding. The OTA updates usually cause issues after the jailbreak process.

(7) The current version of Pangu is in Chinese language only. If you don’t have Chinese fonts installed on your PC, you may see QUESTION MARKS instead of Chinese letters. The english version is coming soon.

Download the latest version of Pangu on your PC machine.

If you installed the recent updates of iOS 8 using OTA updater, it is better to restore the fresh iOS 8.1 on your device.

On Windows, right click on downloaded Pangu file and open it as Administrator.

Connect your device with the PC after disabling Passcode, Find my iPhone and TouchID.

On the Pangu app, uncheck the box that says PP on the left side and then click on blue jailbreak button. 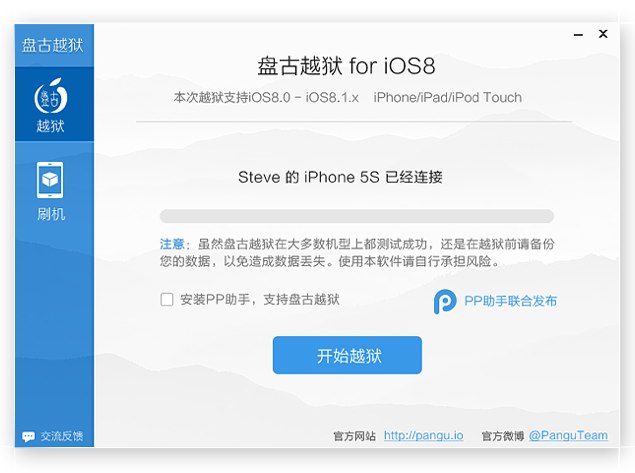 Now wait. The tool may take 5 – 10 minutes to complete the jailbreak procedure. Your device will also reboot several times during this process.

After the jailbreak process completes, you’ll see a new Pangu icon on the Homescreen of iPhone. You won’t see Cydia icon right now but you can install it by opening Pangu and and tapping on “Install Cydia”. 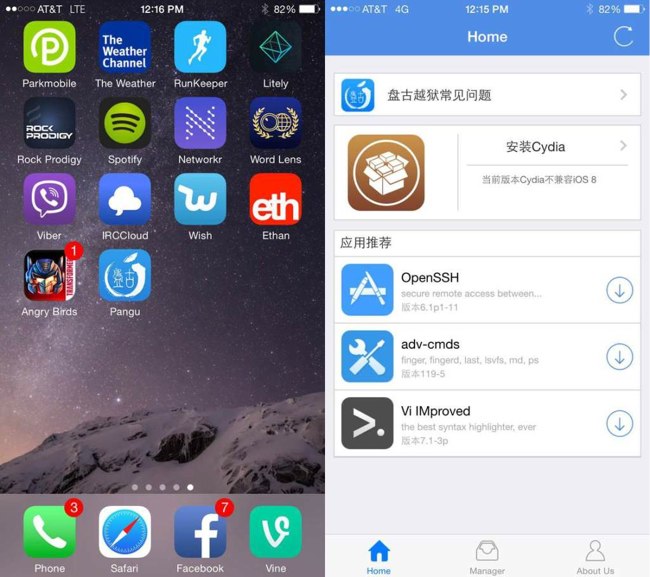 The above screenshots are in Chinese language. Here is the screenshot from an iPhone with English language. 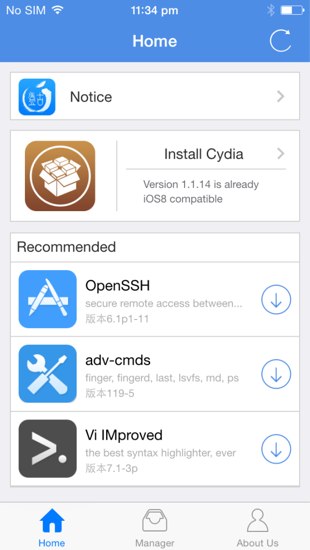 The app will download Cydia and then install it. After that you have to respring the device so that the icon appears on homescreen.

Some users are still reporting boot loop issue after enabling TouchID or Passcode but for some other users these issue have been fixed.