Comex has done it. Comex just confirms through his twitter account that he has jailbroken the newly launched iPad 2.0 using his famous Userland exploit based JailbreakMe tool.

Comex has also posted a teaser image (update: a video too) of white iPad 2.0 running on iOS 4.3 showing Cydia installed on it. 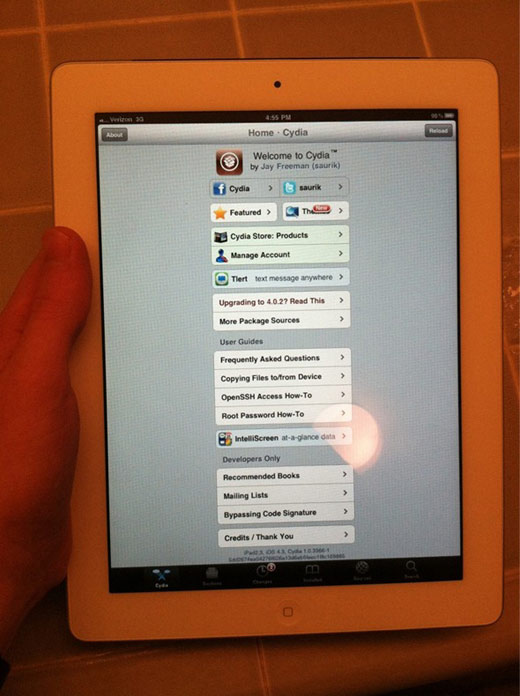 Due to implmentation of ASLR feature in iOS 4.3, MobileSubstrate is broken on jailbroken devices which is required to run many Cydia apps. Here are some tweets from Comex and iPhone Dev Team after jailbreaking iPad 2.0 on iOS 4.3.

iPhone_Dev: Congrats to @comex for jailbreaking yet another brand new device (iPad2) while 2500 miles away from it!

Comex: would’ve had it yesterday if I didn’t have to spend 1.5 days looking for a replacement exploit (which came from a most unexpected place…)

GUnitJC: @comex does this mean jailbreakme 3.0 is out now since you just had jailbroken the new iPad 2?

Comex: @GUnitJC No, it will take some work to package it into a jailbreak. Same deal as i0n1c.

iPad 2 Jailbreak Tool will be released, most probably in the form of updated JailbreakMe, after fixing the bugs and packaging it into a jailbreak.

Stay tuned to this site for more information on iPad 2 jailbreak.