The latest tweet from Chpwn confirms now that his failbreak jailbreak technique works on iPad 4 too. The method for iPad 4 jailbreak requires a developer account with Apple as we have seen in iPad mini and iPhone 5.

Last month Apple announced iPad 4th generation,which is now being called iPad Retina Display on Apple’s official website. Due to the launch of iPad mini, this upgraded product is not getting that much attention it deserves. iPad 4 gets improved performance due to Apple’s A6X processor. Some people were thinking that because of this new processor iPad 4 might not get the failbreak treatment but fortunately Chpwn has managed to jailbreak iPad 4 too using his technique.

Here is the screenshot of Cydia homepage taken on iPad 4 6.0.1. 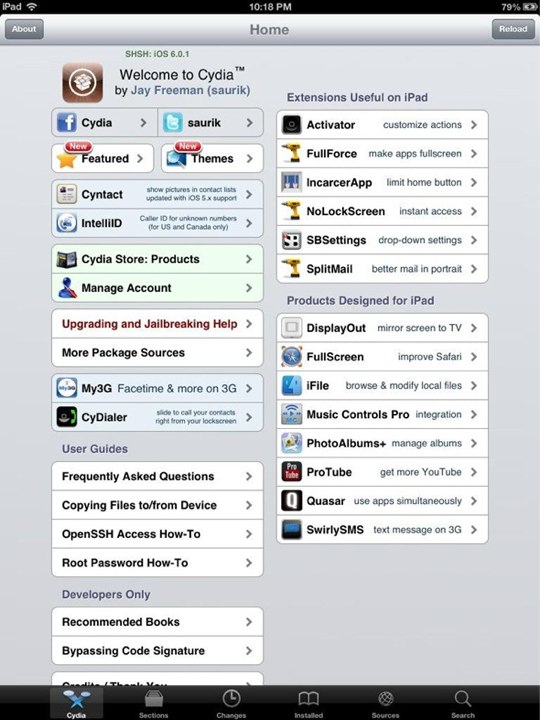 Now the question is who else can jailbreak his iPad 4 using this technique, and above all when it will be released for general users. Right now this method is passed to some members of iPhone and Chronic Dev Teams and to some highly trusted Cydia apps developers. The Chronic and iPhone dev Team members will use it to get new exploits on these new products, and meanwhile developers will test their apps for iOS 6.0.1 so that when the jailbreak is released for general users all the apps are ready to install and use.

As far as the end users are concerned, they will have to wait a little longer. First most users don’t have developer account and secondly Chpwn or any other member can not release any type of jailbreak software for iPad 4 which requires dev account access or any other legally copyrighted material.

That’s all folks regarding iPad 4 jailbreak. But if you still any any pre-A5 device, you can jailbreak it using Redsn0w. The full step by step jailbreaking guide is already posted in separate post. If your iPad 4 or iPad mini is running on iOS 6.0.1, you should also use the latest version Redsn0w t0 save the SHSH blobs.