A rumor is circulating around the internet town that Rubyra1n may be the name of next jailbreak tool for idevices on iOS 4.2.1. It started when a user discovered that the domain “Rubyra1n.com” was registered by the iPhone hacker named George Hotz, who also discovered Limera1n exploit used in Limera1n Jailbreak tool that works up to iOS 4.1 and beyond.

Besides the whois record of Rubyra1n.com, no other supporting material is found in the favour of this new rumor.

However some active iPhone users who have keen interest in “Jailbreak and Unlock” indicate that it might be the name of jailbreak for iPhone 5 and/or iOS 5. 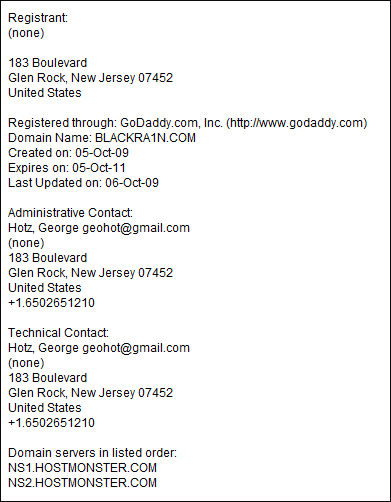 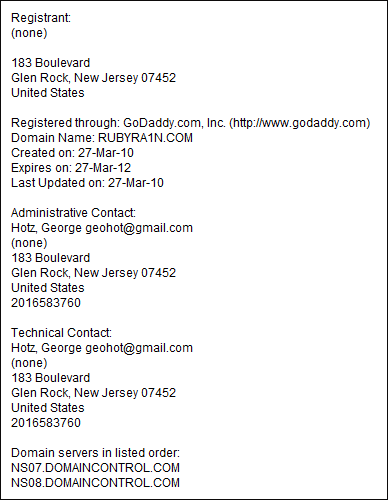 We already know that Blackra1na and Limera1na are two jailbreak tools available for idevices. Limesnow was rumored to be unlock tool for iOS 4.1 back in October 2010 but it never came out.

Lets see what happens with Rubyra1n. Stay tuned to this site for more updates on this topic. We will share the latest information about Rubyra1n as we get it from any trusted source.