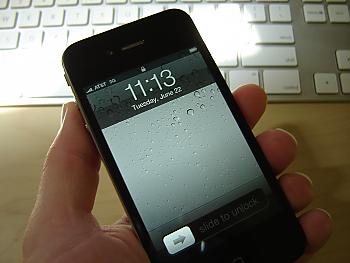 Today Apple released a new firmware 4.0.1 for only iPhones (iphone 4, iPhone 3G and iPhone 3GS) which deals with antenna issues. iOS 4.0.1 mainly addresses the formula that determines the signal strength to display on iPhone.

On the other side, iOS 4.1 beta has also been released for developers only. iOS 4.1 will bring many new features like game center, turning off/on spell check etc.

Though we can jailbreak iOS 4.1 beta with Redsnow on iPhone 3G and iPod Touch 2G, but it is recommended not to update to this beta version until iPhone Dev Team releases new/updated softwares to jailbreak it. It is to be noted that there is no unlock software available for iOS 4.1 beta version till now. So if you are not bothered about the unlock and you are developer of apps for jailbroken idevices, you can go for this update.

planetbeing, who is working on iPhone 4 jailbreak and Unlock, has recommended those iPhone 4 users who want jailbreak and unlock not to upgrade to iOS 4.0.1 or iOS 4.1 and save their SHSHs now by using TinyUmbrella. 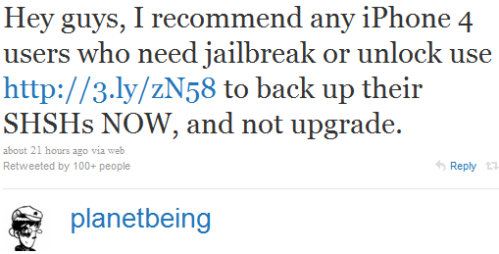