Famous iPhone Dev Team member MuscleNerd has just posted on his twitter account that he has successfully ported Redsn0w Monte technique to iOS 4.1. It means that you will be able to jailbreak your iDevice untethered using the iOS 4.1 SHSH blobs.

At present we have to use iOS 4.2b3 SHSH blobs to get untethered jailbreak state on iPhone 4, iPod Touch 4G.

Since iOS 4.2b3 is a very special iOS version released by Apple,  so majority of users didn’t upgrade their devices to this update and hence they don’t have SHSH blobs for it saved on Cydia server.

Here is the screenshot of rooted iPod Touch while using 4.1 kernal: 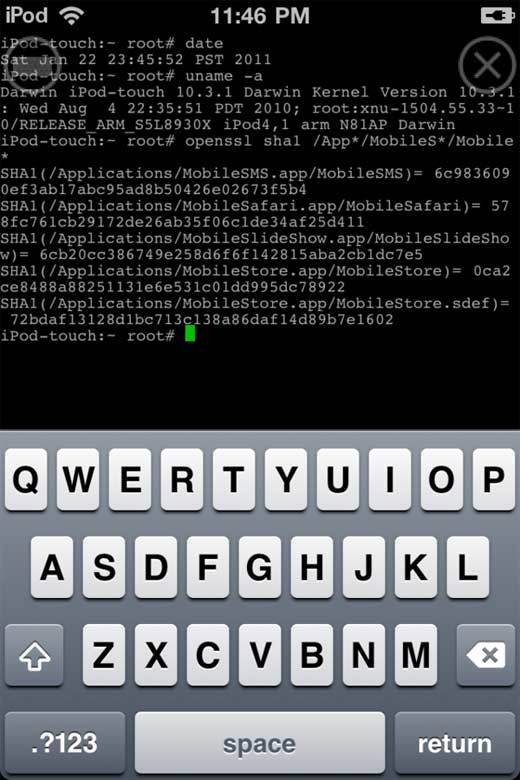 Using the official redsn0w_testers twitter account, MuscleNerd also said that the same Monte Technique would be ported to iOS 4.3.

redsn0w_testers: Ported Monte back to 4.1 kernel (SHSH blobs). Next step: porting it forward to 4.3beta!