Comex and et al have finally released the most-awaited iPad 2 jailbreak in the form of JailbreakMe 3.0. It is to be noted that this jailbreak is browser based jailbreak in which you have to visit a simple site on your iPad to install Cydia and break other limitation employed by Apple. 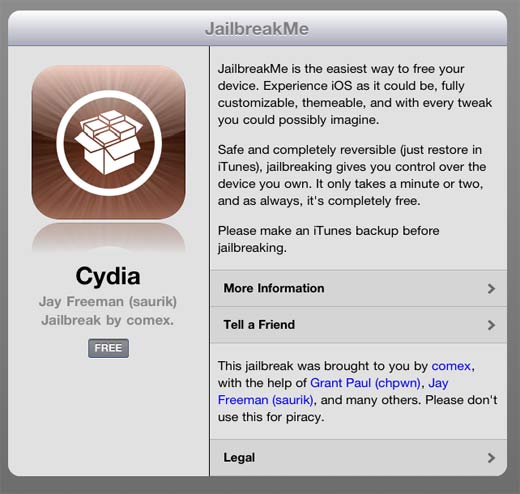 JailbreakMe 3.0 works just like any other app which you download from App Store. After you visit www.jailbreakme.com on your iPad, you will find Cydia is available for free. Just click on “Free” button which will turn into “Install” button. Now touch on “Install” option and Cydia App will start loading on the homescreen of your iPad and other idevices. 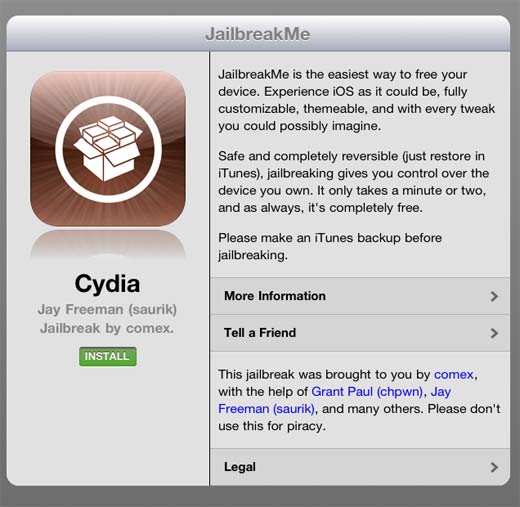 Update: iPhone Dev Team has taken down the site again but after fixing some bugs they will release it. So keep visiting for more info.

Update 2: The jailbreakme site is up now. Hurry up before it goes down again.