The first trojan virus for android based mobiles is spreading, according to  Kaspersky Lab. The virus called Trojan-SMS.AndroidOS.FakePlayer has already infected a lot of devices. Injected in a harmless media player, the virus-sms sends out SMS without the consent of user. 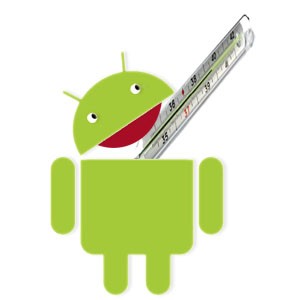 The media player which contains the virus is around 13KB in size having the standard android extension .APK. After the installation, the app sends messages to premium numbers.

According to Denis Maslennikov, Senior Malware Researcher at Kaspersky Lab, there’s not an exact number of infected devices available at present, but the outbreak is currently regional. For now, only Russian Android users can actually lose money after installing the Trojan, but anyone can be infected.

The similar type of virus is already present for symbian based mobile phones. But only those symbian phone which are having OS older than OS 9.x are susceptible to this virus.

The Trojan-SMS category of malware is relatively common in the mobile ecosystem, but this is the first to specifically target Android-based devices. However, FakePlayer is not the first malware designed for Android, says the firm, as there have been isolated incidents of Android devices infected with spyware, the earliest occurring in 2009.

Kaspersky company plans to release its first antivirus for android in 2011. Until a good antivirus is available to remove this type of virus, avoid installing any media player which you download from an untrusted source.