Sometimes a minor update from an interested field makes us happy. As the main readership of this site revolves around Apple devices and jailbreak, so here is the latest information for those who want to keep yourself updated on the iOS 7.1.1 and iOS 8 jailbreak. 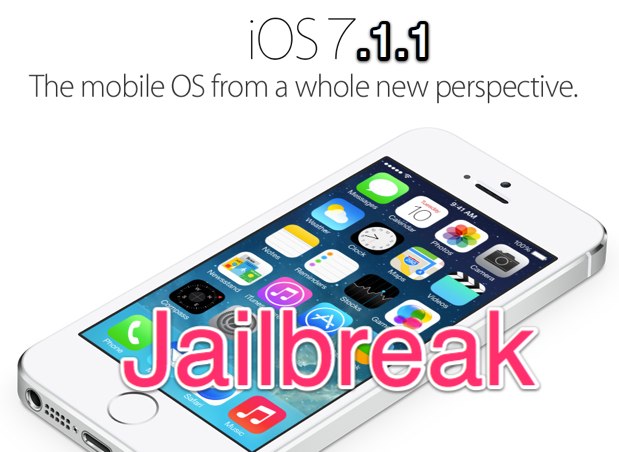 No doubt the jailbreak community is always working to find the new solutions to break the barrier applied by Apple in every iOS version. Sometimes the researches get the success very early and release the jailbreak in the form of a software like Evasi0n, Greenpois0n, etc, but often they take a lot of time to find the new loopholes.

It may also happen the researchers deliberately delay the release of jailbreak so that they can keep it compatible with the major iOS version. In the case of iOS 7.1.1, these both scenarios may prevail. Either the security researchers still don’t have the proper  jailbreak mechanism or they are waiting for the next major release, that would be iOS 8.

But few recent tweets from Stefan Esser (aka @i0nic) and Joshua Hill (aka @posixninja) indicate they there is a way to upgrade to iOS 7.1.1 without losing the jailbreak provided your device is still on jailbroken iOS 7.0.6. However, the whole process is not as simple as it seems. According to the Stefan Esser, the jailbreak should be enclosed in a enterprise signed app to be transferred to the device and then be activated by simply setting date back. 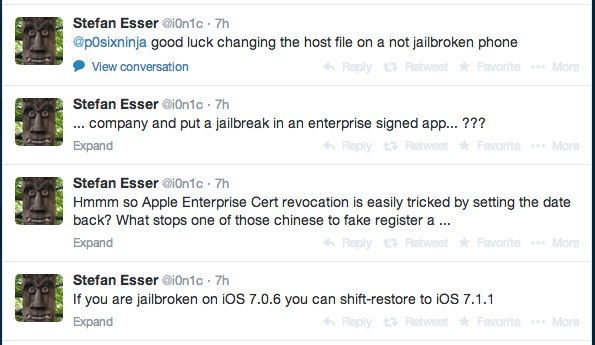 Joshua also tweeted that “Shit” is about to get interesting and we all know what he means by this “Shit”. Definitely, a jailbreak. The jailbreak might be for Apple TV 3 or for iOS 7.1.1 for all devices.

Shit is about to get really interesting. stay tuned folks ;)

Well, all these minor updates doesn’t mean that something big in coming in the near “funday” but something special is being cooked under the hood. That’s all we know.