The latest version of Unc0ver jailbreak is almost ready. The beta testing of this update is currently underway. The developer behind this jailbreak, Pwn20wnd, confirmed the news through Twitter.

The last version was released about a month ago and there was no update issued after unc0ver v3.0.1. But now the change is on its brink.

Update: The latest version Unc0ver 3.1.0 is released now. Download it and re-jailbreak your iPhone to get a better experience and performance on the device.

The next release is coming for public users within a few days. 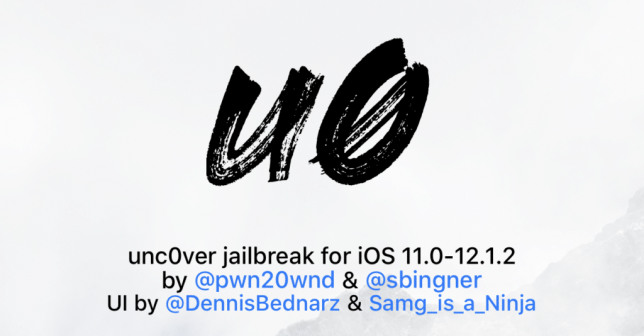 Changes in the Latest Version of Unc0ver

The next release will include a plethora of bug fixes, and of course a lot of security improvements.

For general users, two things are important to know. The new version will support all the iPhone models and the Cydia will run more smoothly and bug-free.

Pwn20wnd also told us through his twitter handle about the other changes which are on the way in the next release. 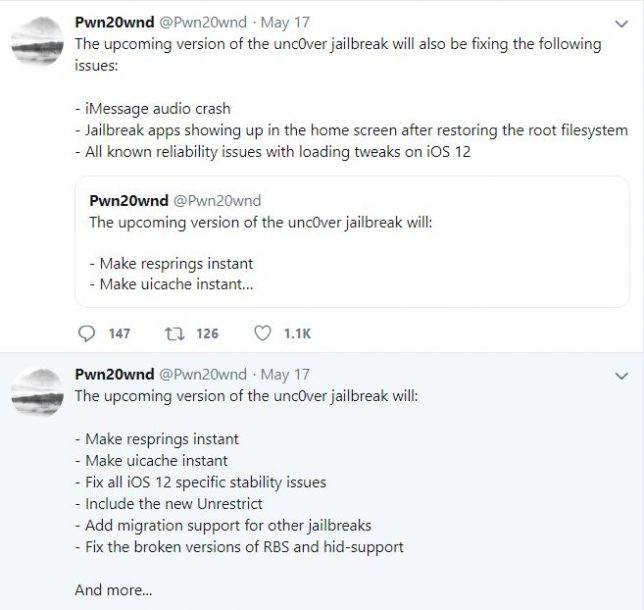 2. In the previous version, the jailbreak app keep showing up even after restoring the root filesystem. It is now fixed.

3. Issues related to loading tweaks are now fixed too.

4. Resprings will be not instantaneous.

8. Support for migration from other jailbreaks is also added into it.

9. It fixes the broken versions of RBS and hid-support.

10. Camera issue on some devices is also fixed.

Which iOS version are Supported?

Pwn20wnd has also confirmed that the new update will work on the following iOS versions flawlessly.

The support for iOS 12.2 may be added any time as Pwn20wnd gave a hint in his one of recently published tweets.

How to Jailbreak iPhone Using Unc0ver

We have already discussed the detailed process of jailbreaking iPhone, iPad using the unc0ver and Cydia Impactor tools. Please head over to the previous post for detailed instructions.

When it will be released?

As we have told you above that the jailbreak is also ready and being tested for the final push. Pwn20wnd himself shared the ETA of this release in one of his tweets.

The upcoming version of the un0ver jailbreak is finally ready and it is now being tested for the last time.

This version will be released within a few days if nothing goes wrong.

Till the moment of writing, Unc0ver 3.0.1 is the latest version. You can download it from Pwn20wnd’s official Github page.

We will notify our readers about the next version when it will be released. So, please subscribe to get an instant notification.