Apparently this device looks similar to Galaxy Note 2, however the internal features show a little different story especially when comparing the display and the camera. If you want a big smartphone with good quality camera and better screen, LG Optimus is of your choice.

In this article we will try to elaborate some distinguishing features of these two devices. 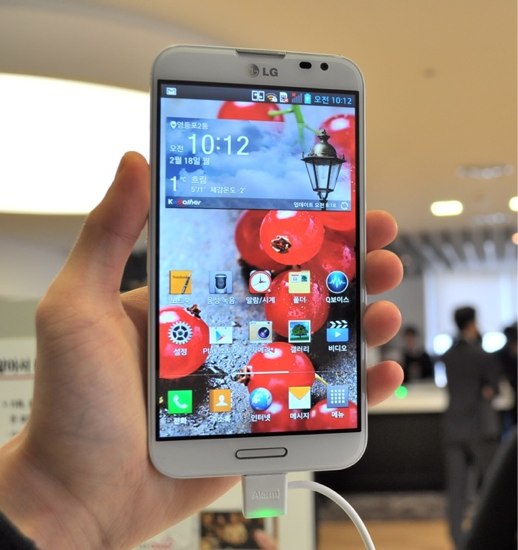 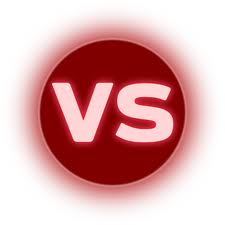 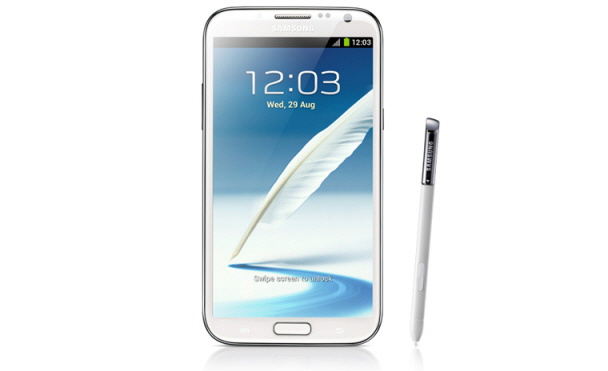 The physical look of LG Optimus G Pro 5.5″ is similar to Galaxy Note 2 and Galaxy S 3 series. At first glance the only difference you can see is the logo present just below the front speakers. The speakers are also pushed at the end of upper bezel in G Pro. The size of both the devices is also same.

The back of G Pro features a reflective pattern similar to Nexus 4 and original Optimus G. However, the back cover of Note 2 is uniform and of same colour.

The back speakers of LG Pro are at the right side of camera just like Galaxy S 3. Whereas in Note 2 the main speakers are at the lower end of the back side.

The home button of G Pro produces six-color lights at notifications. The feature is not present in its competitor. 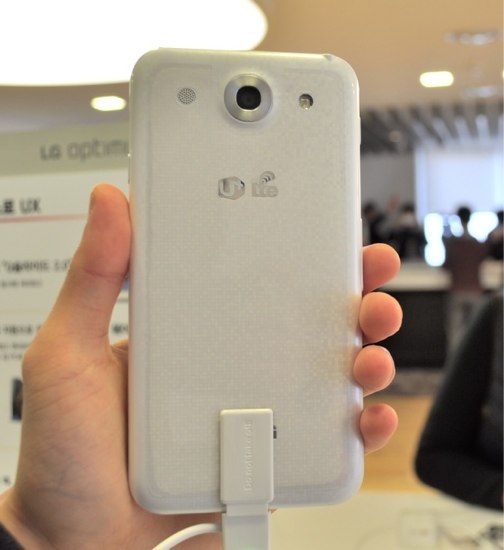 LG Optimus G Pro is powered with the latest quad-core Snapdragon 600 Processor running at 1.7 GHz whereas its counterpart’s got a quad-core Exynos processor, clocked at 1.6GHz. According to the Verge:

The Snapdragon 600 processor seems to be doing its job well, too: we found the phone to be more responsive than the previous Optimus G even with the extra pixels to render, though we’d have to spend more time with the device to ascertain the impact on battery life.

Both the devices have got 2GB RAM. LG Pro will be shipped with 32GB internal memory whereas Note 2 is available in 16GB/32GB and 64GB variants. The memory can be expanded in both smartphones with the help of MicroSD.

If you are a photographer or love to take pictures often, LG Optimus G Pro might a good choice for you. It contains 13MP rear camera, one of the high-resolution camera fitted in any smartphone available in the market. The front facing camera is of higher mega-pixels (2.1MP) than the Galaxy Note 2 which contains 1.9MP camera on front and 8MP on the back side. Both devices are equipped with autofocus and LED flash.

However, LG has included some extra features for photography lovers like dual recording and virtual reality panorama. In dual recording mode, you can record the videos with both front and back cameras at the same time. This feature is really useful in the situations where you want to show the camera-man in the video or what is happening in front of mobile.

Virtual Reality Panorama mode is just like Photo Sphere Google added in Android 4.2. In this mode you can take shots of entire horizontal and vertical environments for 360 degree view.

LG Optimus G Pro contains the battery of litter higher capacity. It is powered with 3140mAh Li-Ion battery whereas in Note 2 we have 3100mAh battery. Son in this area we don’t see much difference. As much as battery timing during talk-time or browsing is concerned, I don’t see there’ll be any difference between these two phones. According the LG Press release:

The smartphone offers the largest battery capacity in its class at 3,140mAh, allowing for Full HD viewing enjoyment for hours on end.

LG Pro 5.5 will be running on Android 4.1.2 at the time of release. And we can guess it is upgradable to future releases of Android operating system.

It is going to be released in LG home country this week. Three local carriers SK Telecom, KT and LG Uplus with get it on Wednesday for 968,000 won ($897). It will be shipped to North America and other countries in the second quarter of 2013. The pricing details for these countries is not revealed yet.