The fact is you can not play/listen internet radio in background on your iPad because the current iOS version for iPad does not support multitasking, but here is a simple trick which works for certain radio stations.

For this trick you won’t need to install any extra apps and/or jailbreak your iPad. What you need to do is to find a radio-only stream, play in your Safari and then start using other apps. 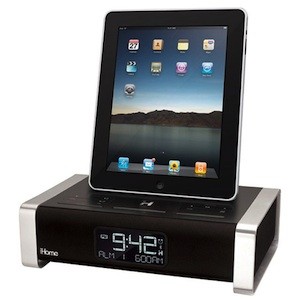 FairerPlatform cites Soma FM, a San Francisco-based, user-supported internet radio station. Their music is available in the pls multimedia playlist format, which the iPad’s Safari plays without a hitch. Once you’ve started the stream, you can do any other work you need to and the stream plays on in the background.

Here is another example to listen radio in background on iPad.

If you are a fan of TWIT Network, enter the address http://live.twit.tv/ in your Safari browser and tap on “Live Audio Stream“. Now keep listening to radio while doing other work on your iPad.

Of course, this doesn’t work with every radio station, internet or otherwise. I tried to see if a local radio station’s coverage of the Colorado Rockies would stream — nope, they use a Flash player. But this is a good trick to know until we’re able to run the native streaming players as a background process on the iPad in a few days or months.