As usual Apple will neither provide the live video streaming of today’s event nor allow others to do so. But there are few technology blogs which will be posting the live commentary along with images on their websites and blogs. 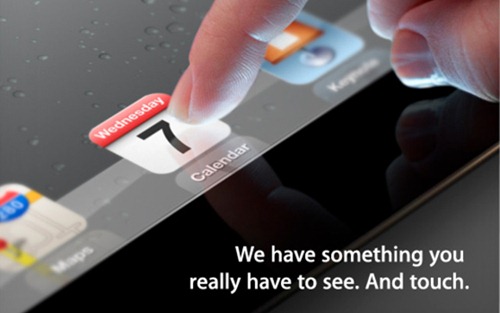 If you are an Apple fan boy and don’t want to miss this event, we have collected and enlisted below the addresses of those websites which will be live blogging the March 7th, 2012 Apple’s iPad 3 (HD) media event.

We don’t have any official news about the name of next generation iPad but the rumors say it will be called iPad HD due to its high resolution display. We will post the complete specification once it is out. The recent updates also indicate that iPad 3 will be carrying 1GB RAM and will be available in stores from March 16.

We will cover the more details in our next post.