Microsoft has just released an update for the users who are running MS Office 2013 RT Student or Home Preview edition. The update which converts the preview build into final release is 586MB in size. The new package will update the following applications of Office 2013 RT.

According to the official site this update includes the fixes for bugs. It also brings general stability, performance and security to the final office RT 2013. It also removes the “Preview” label when an application starts. Now you will see a little different screen. 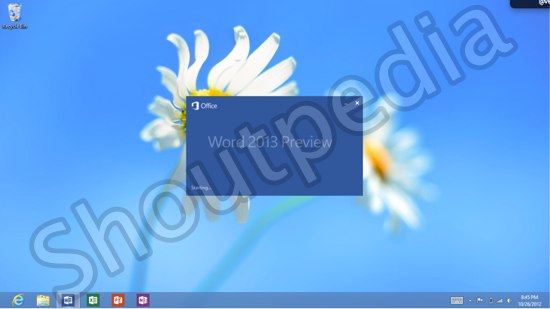 Microsoft Office 2013 final version update is available through Windows Update. But if you don’t see any update yet, here are the steps you should try to get the update.

How to Update/Install Microsoft Office 2013 RT:

Step 1: Restart your Surface tablet and make it sure you have enough storage space for the product.

Step 2: Swipe from the right edge of the screen and if you are using Mouse, touch the pointer to the lower right corner of the screen.

Step 4: Tap on “No important updates are scheduled to be installed” and then further tap on “Get more info”.

After the installation is complete, you may find the following issues.