MIX 2011 kicked off today and it looks like day one ended with a bang. Not only did Microsoft reveal Internet Explorer 10 Platform Preview 1, but as it turns out a rather early build of Windows 8 has appeared in the wild.

Build 6.1.7850.0.winmain_win8m1.100922-1508 to be exact happens to be the last build that Microsoft finalized before Milestone 1 of Windows 8. Initially, build 7850 leaked via FTP, but now torrent links have started appearing on the internet as well. 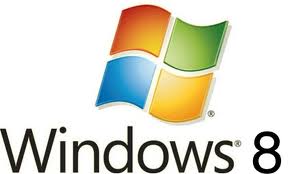 Back at the International Consumer Electronics Show 2011 in Las Vegas, Microsoft showed an early build of Windows 8 and it turns out that the leaked Windows 8 build 7850 is actually six months older than the build that was demostrated by Microsoft at CES 2011.

Among other expected features of Windows 8 which includes Metro UI, Modern Reader, SmartScreen file checking security, History Vault and OEM activation, one recently leaked feature is Windows App Store which shall not only be included in Windows 8 but will also be available as a standalone software supported by Windows 7.

Apparently the Windows App Store looks similar to Apple’s Mac App Store, but it might be the largest store for PCs, I guess. A vast number of applications, ranging from games to office applications and from browsers to internet related app will be available for download.

However, don’t expect the leaked build 7850 to have all of these features because as per the reports up till now, it looks like build 7850 is just Windows 7 with User Tile enabled.

Disclaimer: We at Shoutpedia.com do not endorse or encourage piracy in any way. This article is for informative purposes only.