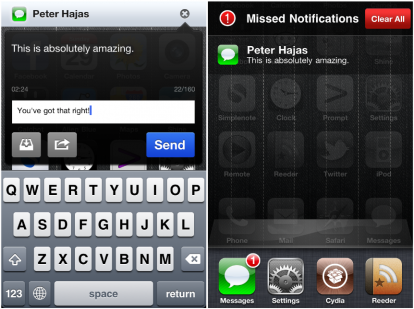 Apart from bringing a clear Dashboard, polished UI and lots of bug fixes, MobileNotifier beta 5 brings a new feature called MobileReply. Using MobileReply, you will be able to reply to notifications such as sms messages straight from the Dashboard, without having to open the particular app for that notification.

MobileNotifier is available as a free download from the following repository: phajas.xen.prgmr.com/repo