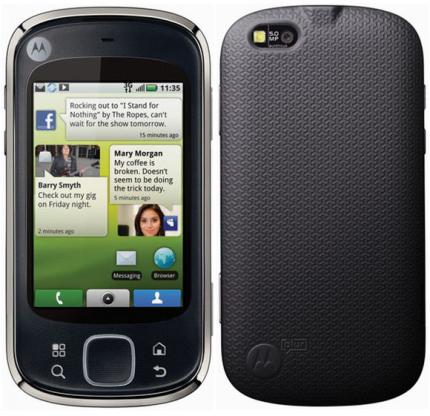 Good news for all Motorola Cliq XT users ! Motorola has released a new software/firmware for motorola Cliq XT. If you have not received the software update notification, you will get soon because it takes time for propagation.

The bad news is that the update will not be Android 2.1.

Worth to Read: Android 2.2 in testing, might be released in May

The update brings many improvements like strong data connections, less freeze-ups and few force-closes. The other changes in new update are:

• Improvements to Bluetooth audio while streaming

• A refreshed design for the phone’s Visual Voice Mail application

How to Update Motorola Cliq XT:

You will receive a software update notification on your phone when the firmware update is available for your region. You can manually check the software update by opening Menu, tapping on Setting, About Phone and System Updates.

Tip: How to update the Droid to android 2.1 Manually

Other than GOTA method (Google Over the Air), here are other methods to check the software update.