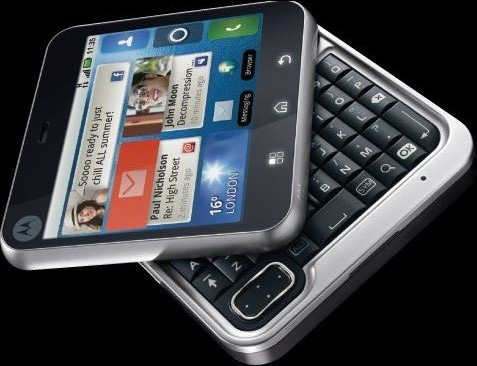 There were already rumors about a square Motorola device running on android 2.1, but finally some pictures of a square phone have been surfaced and it has been officially named as “Flipout“.

Flipout will have a full QWERTY keyboard with 2.8 inch display. The leaked other specs (specifications) are:

The phone will be available in different colors. The color will be based on carrier and pricing and/or due to the presence of some extra features. Black, pink and green coloured Flipouts have already been spotted.

Though the exact release date of Flipout is not available, but it is expected to be released in the last week of June in USA.

Update 1: This phone is now official. You can read the complete press release and specifications in this post (videos added too).