Earlier we reported that iPhone Dev Team was expecting an early jailbreak on newly released iPad but the result is sooner than the expected time. MuscleNerd has just told his twitter followers that he had successfully jailbroken iPad 3 running on iOS 5.1

He also posts the screenshots of Cydia running on iPad 3. 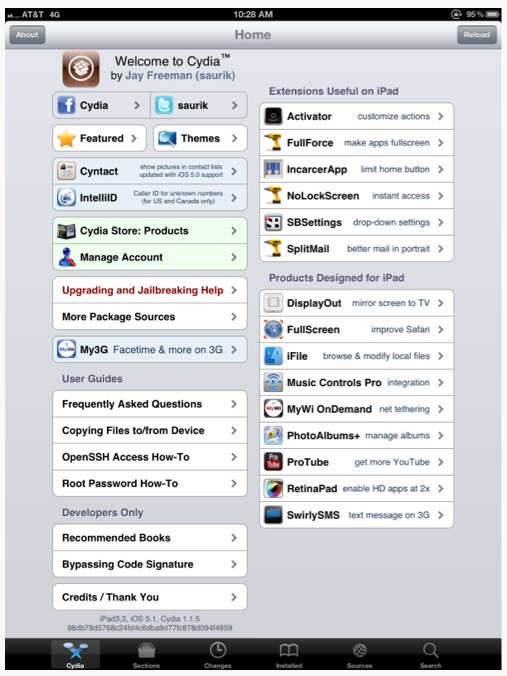 And here is another image showing the root access on iPad 3. 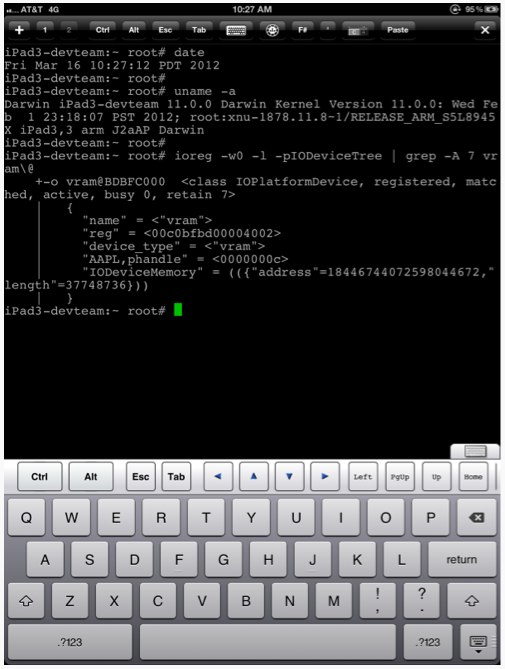 It is to be noted, however, that this jailbreak is still in beta stage. In fact the main purpose of this jailbreak is to provide the basic ground to hackers to test the exploits and vulnerabilities for stable and untethered universal iOS 5.1 jailbreak.