It seems that, MuscleNerd, a member of the iPhone Dev Team, a group which jailbreaks Apple devices has visited the Apple headquarters. It might be a surprise for the jailbreaking community, or even a shock. As after Comex, it is hoped that he will make JailbreakMe 4.0. 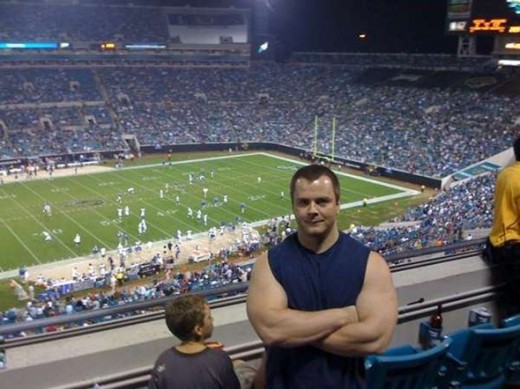 Today, MuscleNerd himself tweeted on his twitter account, informing the jailbreaking community about his visit to Apple’s headquarters in Cupertino earlier today.

Well this afternoon sure was fun…(what a great company!) …http://twitpic.com/6lfnu3

He also linked a pic, if you follow this link, this picture would be displayed 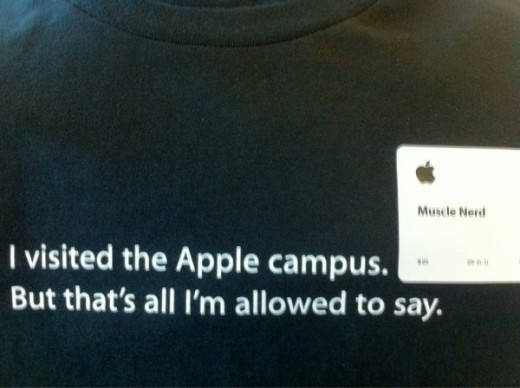 So he has definitely visited the Apple’s headquarters in Cupertino. Just an hour after his first tweet, he again tweeted saying that

my host at Apple surprised me with that visitor’s name tag…I had expected it to be my real name :)

It looks like he was welcomed with a name tag of “MuscleNerd” instead of his real name. So now what we really fear is that, if MuscleNerd also joined Apple after Comex, than jailbreaking would be a lot harder than before, as these two were the main jailbreaking pioneers.

We’ve seen a lot of jailbreakers makers/hackers being hired by the company they hacked things of. First came news of Facebook hiring an iPhone/PS3 hacker George Hotz (geohot), then Apple hired the famous iOS jailbreaker Comex and following Apple footsteps, Google hired its source code snoop, Florian Rohrweck. So a kind of trend  is developing  to hire the person, who has the ability to damage you by hacking and then using him for filling the loop holes.

The only hope we have now, is that MuscleNerd keeps his relation with Apple only till visiting, and keeps making jailbreaks for the whole jailbreaking community. (via twitter)