Sony has finally announced the 2011 PS3 update. The new 2011 PS3 Slim is lighter than its predecessor, it is more power efficient and it also comes with a new copy protection mechanism. The new PS3 bears model number CECH-3000B. 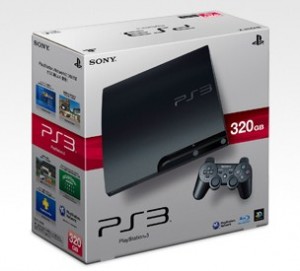 Please bear in mind that the PS3 has not been redesigned. However, there have been reports that the Power and Eject buttons have been altered to an extent on the new 2011 PS3 slim, but that is yet to be confirmed.

For those interested in the specifics: New PS3 slim weighs 2.6kg or 5.7 pounds while the older variant weighed in at 3kg or 6.6 pound. This unit will also consume less energy, as it requires only 200W to operate as compared to the 230W required by the previous model.

If you know what approach Sony takes when launching a new product, you’ll definitely know that the product goes on sale in Japan first, before anywhere else in the world. A new 2011 PS3 slim with the same accessories and a 320GB HDD will be sold by the end of this month in Japan for a price of 34,980 YEN or roughly $435 USD. Other countries will have to wait before CECH-3000B reaches them.

So do you think it is feasible to invest over $400 in to a new PS3 console at this point in time? To some extent, it is as the next generation PlayStation console is not expected anywhere in the near future, whereas rumor has it that it will possibly release in 2014.