Here is a good news for jailbreak community. iH8sn0w has discovered a new exploit which enables the A5(x) devices jailbreakable for whole life. This new exploit is little different from the previous ones which also gave the un-patchable jailbreak on older devices. In fact it is not a bootrom level exploit but it targets the iBoot which is also called as bootloader.

So looks like all my A5(X) devices are fully untethered and jailbroken for life now. :)

There is a big difference between Bootrom and iBoot. Bootrom is the very first code which runs on Apple devices. It is a read-only portion and finding an exploit at this level is a big achievement. The last public exploit of bootrom was limra1n. There was also another exploit called SHAtter but it was never released to public. 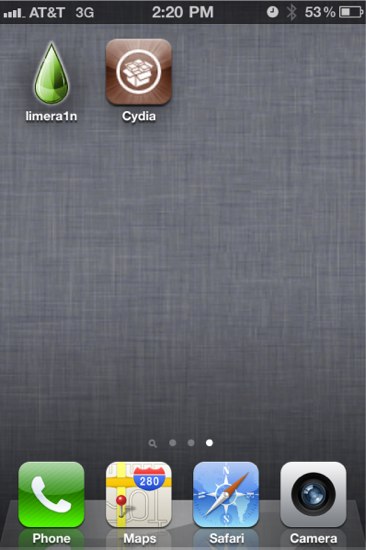 On the other hand iBoot is the second stage of code which runs on Apple devices. It is that code which is commonly known as recovery mode. Finding an exploit at this stage is also as powerful as at bootrom level. It also gives lifetime jailbreak.

As we have told you the new exploit works on A5 devices yet, so the following devices would be supported in it.

Some sites are also claiming that it can also jailbreak Apple TV 3 but there is no confirmation from iH8sn0w’s end.

Besides jailbreaking, it could allow the users to downgrade to any previous firmware. 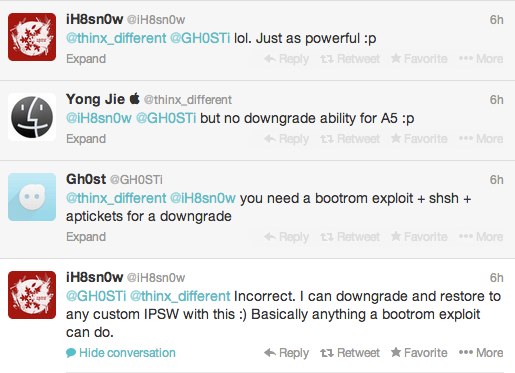 In a tweet iH8sn0w also confirmed that he has started working to bring this exploit on A6 devices to0.