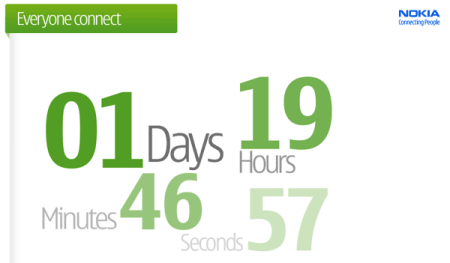 Nokia has announced an event “Everyone Connect” and you can see the countdown counter on official Nokia Events webpage.

There are many rumors about this event. Some are expecting a new Nokia N8 which has already been confirmed.

When I viewed the source code of the countdown page, there was a picture which has been removed from the page. (see the picture below)

The picture indicates another possibility that Nokia might launch an exceptional messaging app which will run on latest smartphones.