If you own an older device like iPhone 3G, you might have received a pop-up, while installing some apps, telling you that this app is not compatible with the current iOS running on your device. You may also receive such alerts even if you have got a newer device but still running on older iOS version. In both these situations you didn’t have any option to install the required app unless you have the older version of the app in your PC synchronised with your iPhone using the iTunes.

But now Apple has updated the App Store letting the users running older iOS version to install the latest compatible app on their devices. Now instead of getting the message of incompatibility, you’ll receive this message as shown in the screenshot below. 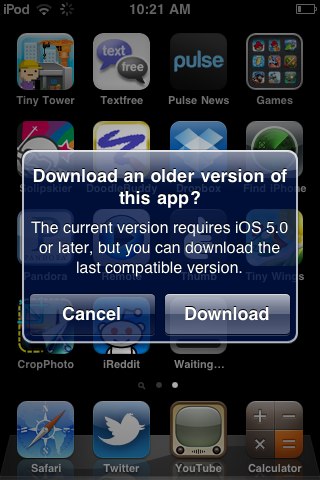 This is really a good move. It will allows the users who don’t want to install the upcoming iOS 7 version due to the fear of losing jailbreak to install any app. The only drawback of this new feature is that you won’t be able to enjoy the latest additions present in the latest version of the app. But it is better to have an app with fewer features than having none. 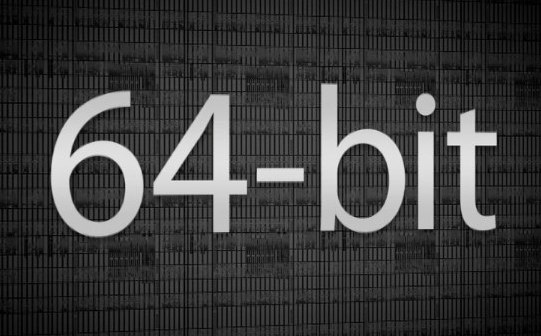 This move from Apple might be to open up the new ways for the developers of 64-bit apps. According to the reports the new 64-bit apps, which will be compatible with iPhone 5S only, will be offered in a separate category for few months. Later, the binaries of both 32 bit and 64 bit apps would be merged to let the users install the compatible binary.

In a nutshell if you miss your favourite apps due to specific iOS requirement, you can now install the latest compatible app on your device.