As you know that the very first release of evasi0n 7 v1.0.0 jailbreak was included with a chinese store. Later, the chinese store TaiG was removed from it and a new version v1.0.1 was released. Now this new version is also available in the Cydia store for all those jailbreakers who are still running older version. 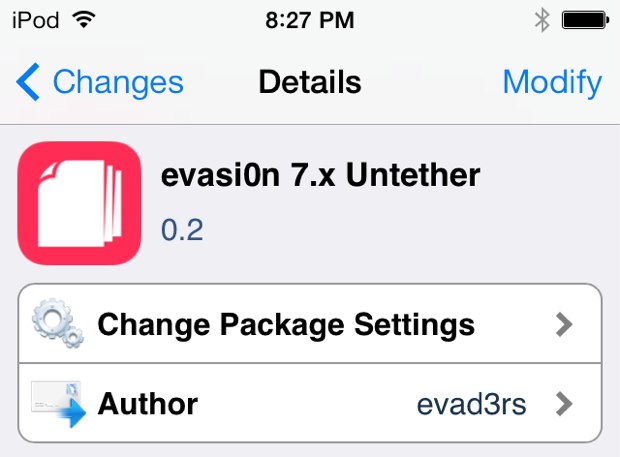 Besides the removal of unofficial store, there are few more benefits you may notice by installing the evasi0n 7 0.2 untether update from Cydia. First of all it doesn’t require you to re-rejailbreak the device using the conventional method in which you have to connect your device with the PC and run the jailbreak tool. All you have to to is simply install the update from the store which even won’t reboot your device.

Secondly the new update also brings some features which are required to run the upcoming Mobile Substrate successfully. If you don’t know, the current version of Mobile Substrate doesn’t properly support evais0n 7 yet officially. This is the reason you’d see that many tweaks are not working on the phone or they stop working after you reboot your device.

Saurik is already working to bring the compatible Mobile Substrate out as soon as possible. Though there is no official ETA available but he may release it till the end of next week. So, it is better to install the Cydia package and prepare your device before the actual update comes in.

Simply refresh the changes and search for evasi0n 7. You will see the new update which is version 0.2. If you don’t see it in the updates, refresh the Cydia after few hours because the default repo may be under load. 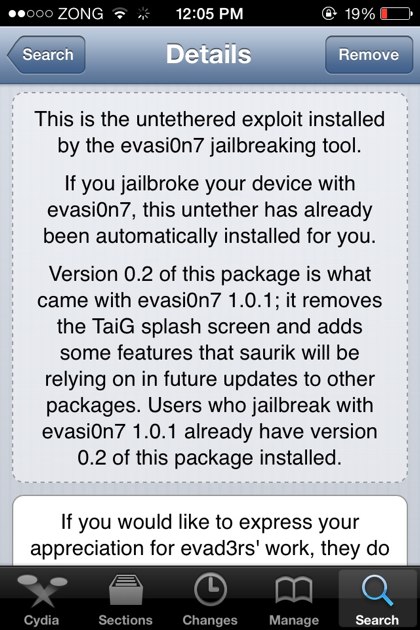 There is no difference between evasi0n 7 1.0.1 PC version and Evasi0n 7 0.2 cydia package. So if you have already jailbroken with the latest PC tool, you don’t need to install the Cydia update.