The images first posted by Chronic on twitter, show settings for “Nuance Dictation” and “Nuance Long Endpoint” inside an internal build of iOS 5. Another setting titled “Mic on space key” also makes us wonder whether voice recognition really is coming in a future build of iOS 5, as all of these settings have been disable in the developer build of iOS 5. 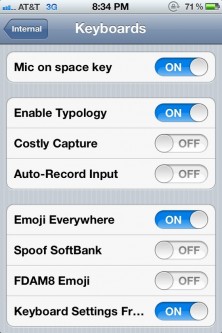 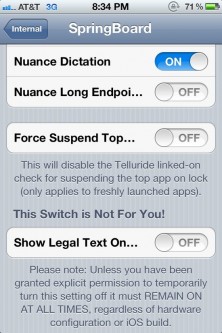 An interesting fact is that Nuance also happens to power the voice operation capabilities of SIRI, the artificial intelligence software Apple purchased last year which is believed to be an integral part of iOS 5.

However, Apple wasn’t quite ready to preview voice recognition at WWDC 2011, as this feature was not ready to be displayed. We’ve heard that Apple has been having a hard time striking a deal with Nuance, so does these leaked images mean that the deal has been penned?

Share your thoughts with us, in the comments below.