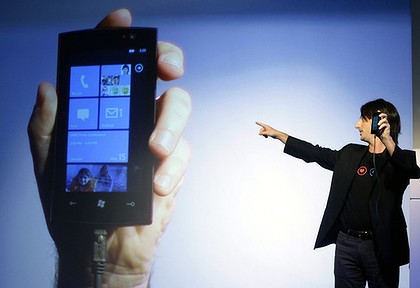 Finally it has been disclosed by Charlie Kindel, Microsoft Partner Group Program Manager for the Windows Phone Application Platform & Developer Experience, that the existing applications of Windows Mobile will not run on newly launched mobile OS by Microsoft.

The new Windows Phone 7 Operating system will also support the following platforms which are already the key GIANTS by Microsoft to develop other platforms and Windows for PCs is also one of them.

One result of this is previous Windows mobile applications will not run on Windows Phone 7 Series.

To be clear, we will continue to work with our partners to deliver new devices based on Windows Mobile 6.5 and will support those products for many years to come, so it’s not as though one line ends as soon as the other begins.

After reading the whole post one thing which I concluded is that Microsoft Company wants to have a lot of apps and games for Windows Phone 7 series. In fact their main goal will be to beat the Mobile Stores of Apple and Google which are the largest stores of apps and games for iphone and android based mobiles.

Microsoft will reveal more details about apps, games and platform for Window Phone 7 at the Mix 10 conference which will start on March 15 in Las Vegas.